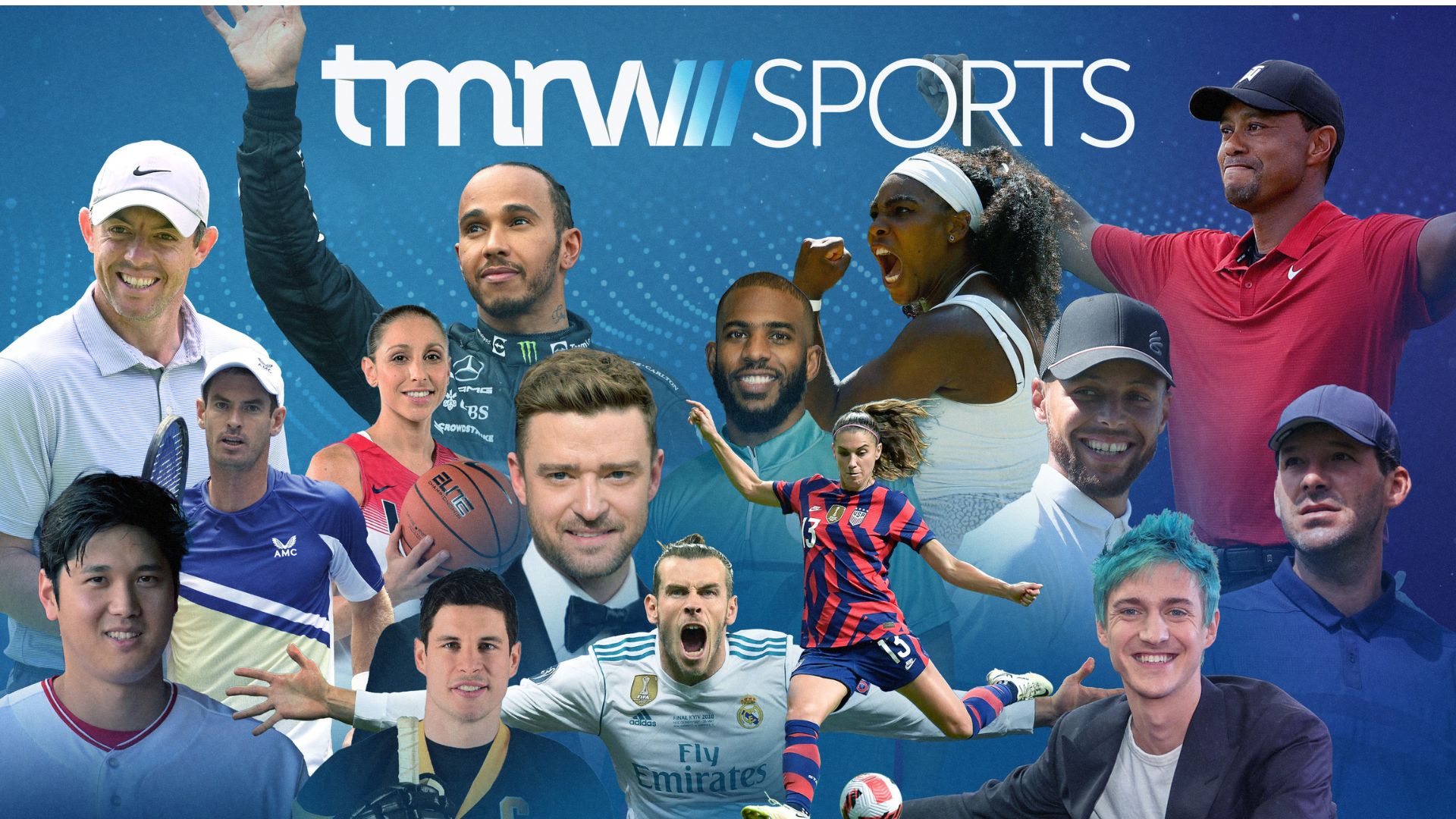 In sports terms, one could call this an all-star lineup.

TMRW Sports, the progressive sports, media and entertainment company that was unveiled in August, has added an impressive list of investors to go alongside co-founders Tiger Woods and Rory McIlroy.

The roster of what TMRW calls “cultural icon investors” is wide-ranging and boasts everything from 21 Olympic medals to seven Formula One world championships to 10 Grammy Awards. The biggest names include Serena Williams, Stephen Curry, Lewis Hamilton, Gareth Bale, Larry Fitzgerald, Alex Morgan and Justin Timberlake. But there are more:

• Josh Allen and Tony Romo are among the four former or current NFL players.

• Curry is one of five NBA or WNBA players along with Chris Paul, Jayson Tatum, Andre Iguodala and Diana Taurasi.

• The MLB is represented by Shohei Ohtani and Trea Turner.

“Over the past year we’ve assembled a team of investors who will help deliver on the TMRW Sports’ mission to positively impact how sports are experienced in the future. And we’ve been intentional about diversity of expertise, thought and backgrounds as we mobilized this strategic group co-led by Connect Ventures and 25madison Ventures,” said Mike McCarley, founder and CEO of TMRW Sports. “From the very beginning our plan has been to partner with the best-in-class in every way imaginable and Tiger, Rory, and I value the support of this unrivaled team of investors, advisors, and ambassadors who believe in our vision to harness technology to create progressive approaches to sports. Their combined broad reach and cultural relevance will expand potential opportunities and fanbases for TMRW projects.”

TMRW’s first project, of course, is the previously announced TGL, a tech-infused golf league that is set to being in January 2024 in partnership with the PGA Tour. The league will feature 15 two-hour Monday night events, plus a semifinals and finals series, that are contested between teams of PGA Tour players within a state-of-the-art, mostly virtual venue and televised in primetime.