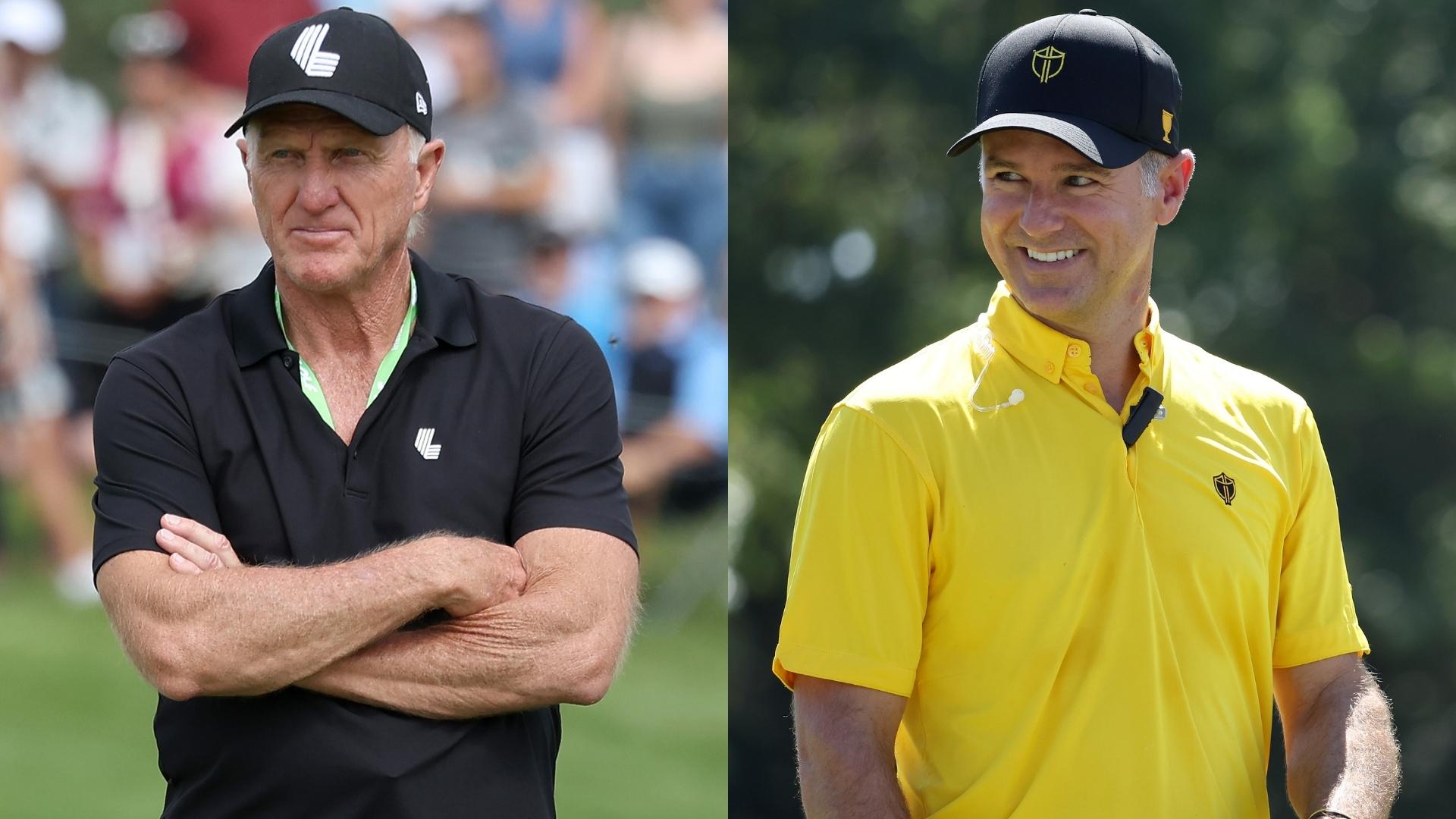 Outside of all this angst – golf is golf, competition is competition; something every golfer thrives on.

That was Greg Norman’s message to the International Team as the 14th Presidents Cup teed off at Quail Hollow Club on Thursday.

“As a former player & Captain of the International Team, I wish [Trevor Immelman] & his entire team the very best in repeating our only 1998 [Presidents Cup] success in Melbourne,” Shark concluded on Twitter.

For his part, Captain Immelman was having none of the pseudo-olive branch theatrics from the LIV Golf CEO, simply replying, “LOL.”

Norman’s tweet is one of his first, if not the only, message lacking the animosity and bitterness characteristic of his campaign against anything PGA Tour-related as of late. In fact, the 67-year-old was on Capitol Hill earlier this week trying to garner support for his players’ antitrust lawsuit against the Tour.

Immelman’s staunch support of the Tour has only been amplified by his captaincy; his direct, three-letter response says it all. The time for waving white flags in the PGA Tour vs. LIV battle has passed.