TT Postscript: Woods Shoots 3-over 73 in Opening Round of PGA Tour’s BMW Championship 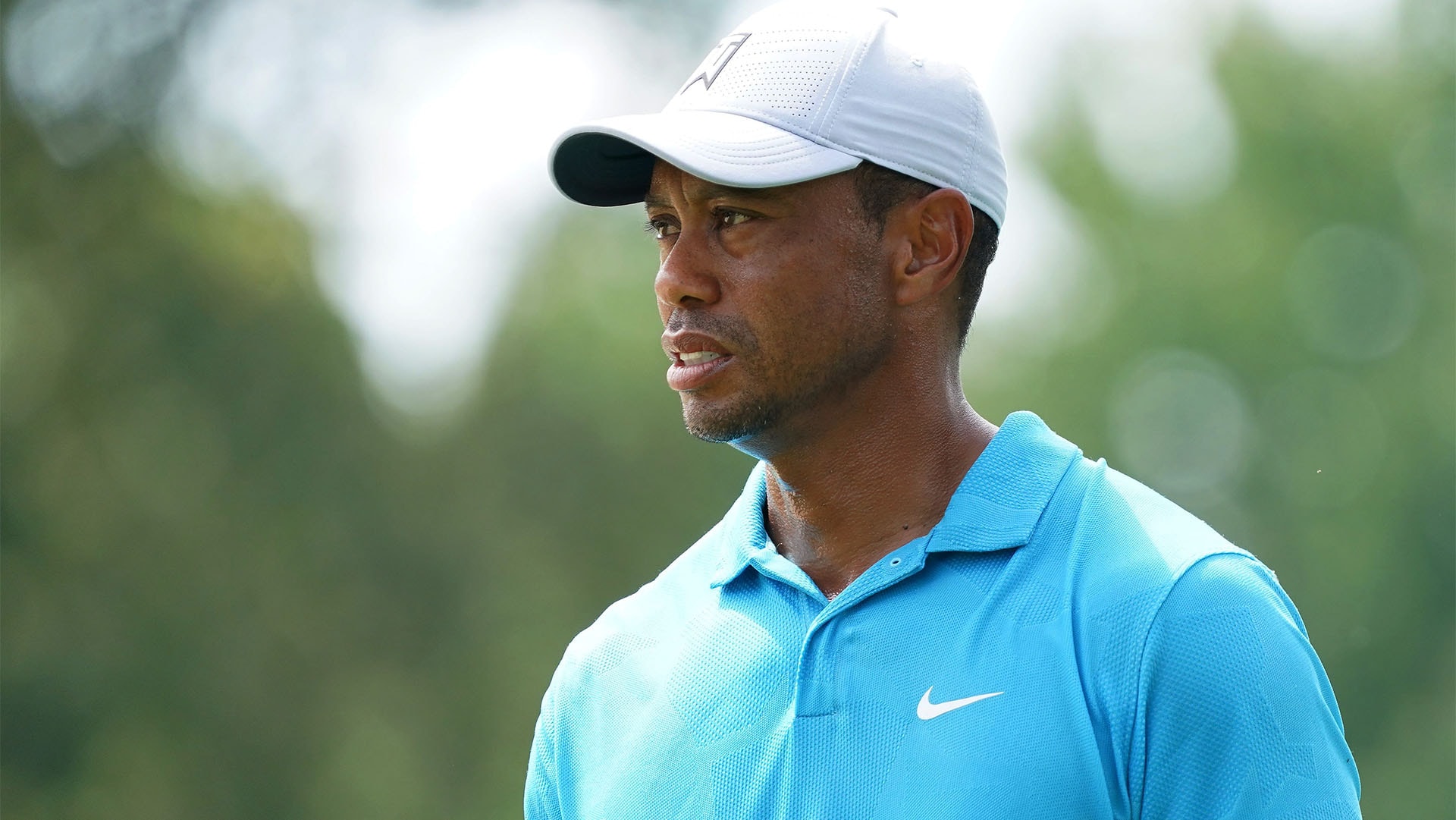 This afternoon at Olympia Fields felt more like a U.S. Open than the 2003 U.S. Open did. Here are my thoughts after watching Tiger Woods grind out a 3-over 73 in the first round of the BMW Championship:

• That was an almighty struggle. Nothing came easily. Just two birdies. And I guess that was to be expected on a par 70 that has narrow fairways, long rough and speedy, firm greens. What a test! The winning score this week won’t be 30 under; maybe 10 under. If we’re lucky.

• Even with short clubs Tiger didn’t give himself many good opportunities for birdie. His proximity to the hole: 35 feet. And it felt like it. Over and over he was hitting lag putts, and then all too often leaving himself 3 to 5 feet to clean up for par.

• Are there worse ways to close than with three consecutive bogeys? Methinks not. But that’s what he did on Nos. 7-9 – all misses inside 10 feet. It added up to a 32-putt day.

• Tiger took three quick questions after his round and that was that. He was, what’s the word? Pissed. Yeah, pissed is the word.

• After looking good off the tee last week in Boston, he was missing both ways with the driver – and it cost him on the only two par 5s here. A couple of fore lefts. A couple of blocks right, including on his 18th hole of the day that cost him another shot. Only six of 14 fairways hit. I saw him practice some exaggerated moves in his downswing during his warmup on the range and again on the course. Clearly not totally comfortable with where the swing is at the moment. He looked frustrated with the big stick.

• Two highlights from the day: His second shot into 18. Laid up off the tee on the 500-yard hole, leaving himself around 215 yards to the pin. He hit an absolute laser to about 15 feet. Make every player on Tour throw down a ball from that range, and I’ll take Tiger every time. The second? His bump and run on 5. Only possible with firm conditions, but Tiger took a mid-iron (probably a 5) and skipped it up the hill and onto the green, settling about 5 feet away. He paid it off with a tidy par save.

• All in all, not a terrible day. He was outside the top 40 when he finished his round but still within striking distance. He needs at least a top-6 this week to have any chance of advancing to the Tour Championship. More likely needs a top-4 or better. After this, it may not matter – this week is all the U.S. Open warmup he needs.