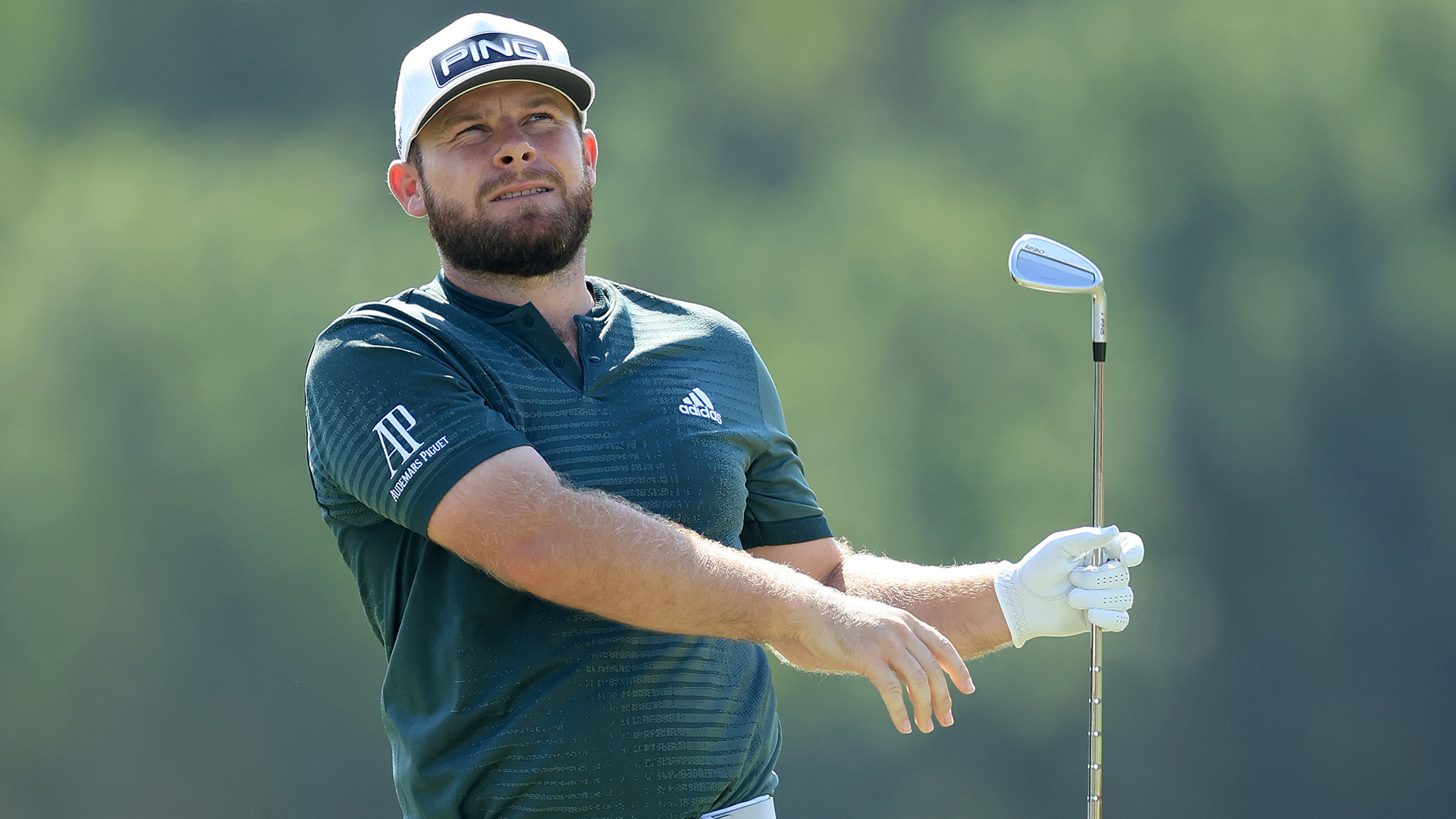 Tyrrell Hatton is looking to cap off an “average” year with a win at the DP World Tour Championship, and he’s off to a good start after a first-round 7-under 65 that has him tied for the lead with U.S. Open champion Matt Fitzpatrick.

The Englishman’s round was highlighted by a 64-foot birdie putt at the par-4 16th that traveled up-and-over a steep ridge before finding the bottom of the cup.

“Hit-and-hope,” Hatton joked after his round. “We were kind of not really too set on the line. I kind of changed my mind last minute and started it a little bit further right, and holing a putt from that distance down the tier like that, you need a lot of luck. There were a few times today where I did get lucky and yeah that was obviously a nice break.”

The “nice break” at the 16th capped a run of four consecutive birdies, which put Hatton in position to potentially birdie the par-5 18th and head to the locker room with a two-shot lead.

Unfortunately for Hatton, the par 5 didn’t play out the way he had hoped.

With water looming up the right, Hatton pulled his tee shot into a fairway bunker up the left side of the closing hole. From there, he was only able to advance his second shot 34 yards into the left rough, ultimately leading to a bogey that left one of the game’s most passionate players frustrated with an otherwise great round.

“My head’s a bit fried at the moment,” Hatton said shortly after finishing his round. “My mind is just raging at the last there. But it is what it is.”

Despite the disappointing finish, the six-time DP World Tour winner has given himself a chance to hoist a trophy for the first time since capturing the Abu Dhabi HSBC Championship in January of 2021.

That victory propelled Hatton to No. 5 in the Official World Golf Ranking, the highest ranking of his career.

Now sitting at world No. 29, Hatton is ready to leave this season in the rearview mirror.

“I would say consistently very, very average,” Hatton said when asked to reflect on his year. “Apart from that good finish at Bay Hill (T-2), we had – I think we were leading the Desert Classic on Saturday afternoon.

“So there were a few good events at the start of the year I guess, but then I guess after Bay Hill it’s been pretty boring. Nothing to get excited about to be honest. And although I’ve made a lot of cuts, I think I’ve only missed two cuts this year. Yeah, I won’t sort of – I won’t miss 2022.”

Hatton may not have accomplished everything he wanted this year, but a few more good rounds in Dubai could turn a consistently average year into another solid campaign.