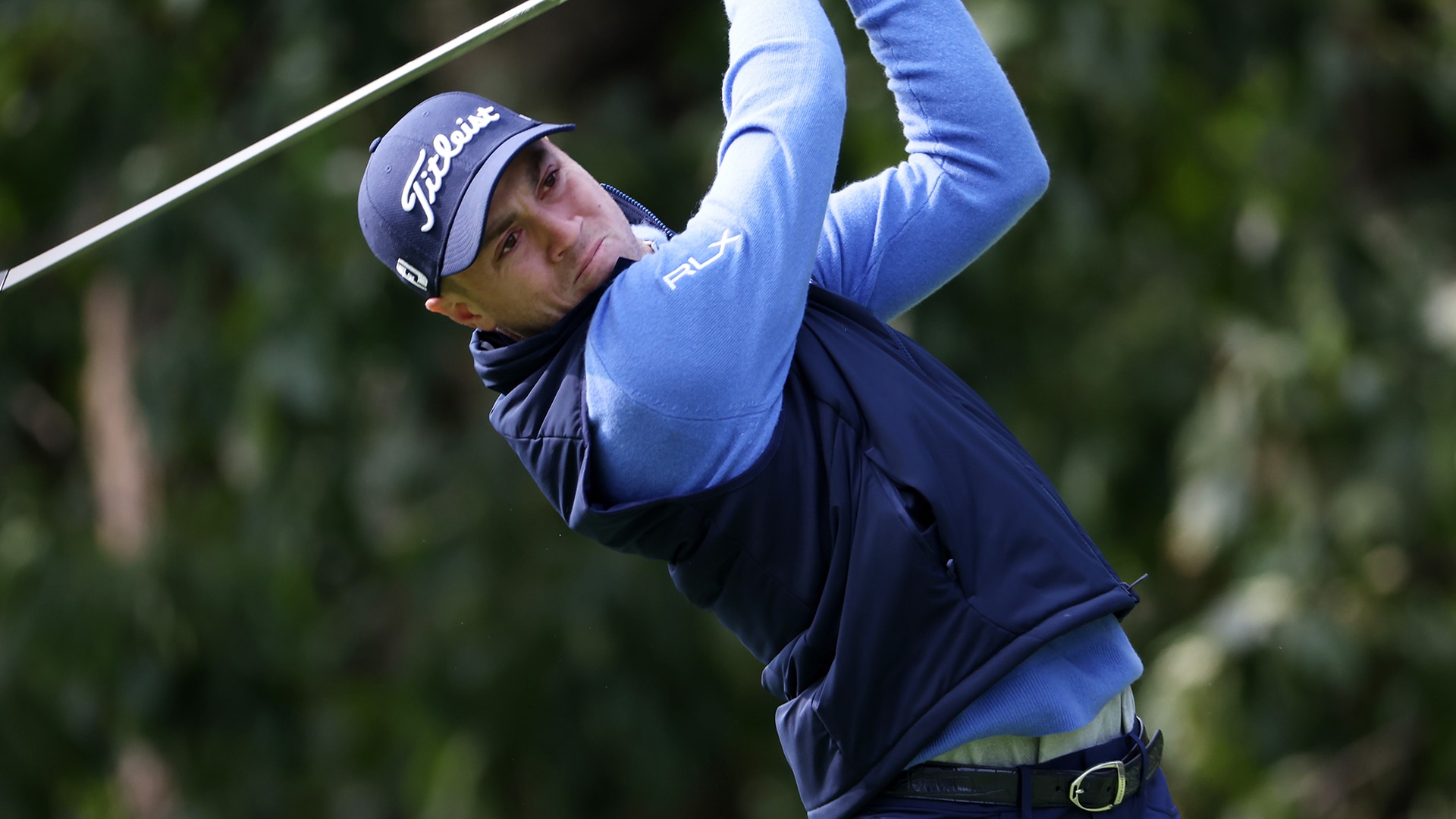 
The interview area was busy Tuesday at Winged Foot, as several of the biggest names in golf, from Tiger Woods to Rory McIlroy to Justin Thomas, took to the podium to field questions about the upcoming 120th U.S. Open.

Among the topics was how tough Winged Foot will play this week in its first U.S. Open since 2006.

“It is probably the hardest golf course I’ve ever played,” said Justin Thomas. “… But that being said, I’m not going into it scared. I can’t play tentative. I can’t only try to make pars. If I have a scoring club, I need to try to make a birdie. But then if I get in trouble, I just need to get out.”

Here are some of the best soundbites from Tuesday:

“I’ve never experienced so many times where you could use a backstop on a putt, which is an odd thing to say and probably picture, hearing me say it, but I’ve hit a lot of lag putts the last few days, and more often than not I’m able to like use a slope past the hole to get to where a pin is going to be, which is very bizarre.

“It is, it is hard to tell on TV, but yeah, the viewers at home are going to see some pretty bizarre stuff and probably a lot of putts and chips that make us look pretty bad. If you’re into that stuff, then you’re going to like this week.”

“I’m hitting it as far as I possibly can up there. Even if it’s in the rough, I can still get it to the front edge or the middle of the greens with pitching wedges or 9-irons. That’s the beauty of my length and that advantage.

“Now, obviously, if it’s into the wind and there’s some of those situations going on, it’s going to be different. There’s certain holes I might lay up on just because of the situation, but for the most part I’m going to be trying to go after it as much as I possibly can. … Even if I hit it in the rough, I still feel like I can make birdies out here. I still feel like I can run it up the middle of the green and make a 20-footer.”

“I don’t think the long hitters really ever get penalized because of rough because I think you’re going to have a huge advantage any time you get the golf ball in the fairway, I’m going to be hitting wedges where guys are going to be hitting longer irons in there. From that, I don’t think so. If I can have a chance, maybe if I get a decent lie with a wedge, I want to have a chance to get it on the green, where a shorter hitter misses a fairway, and they’re not going to be able to advance a 7-iron.”

“I think it gets harder to win [majors] as we all age. I think that when you’re in your prime, in your peak years, you have to take advantage of those opportunities so that when you get to the all-time marks, you have the opportunity. I think that whether it’s Rafa or Fed or Serena, they’ve been so consistent and so dominant for such a long period of time, that’s how you get to — you can have those all-time marks. Consistency over a long period of time is the hallmark of those records.”

“[Tiger Woods and I] were talking about Winged Foot somewhere earlier in the year before the stop, and he said the one thing I’ll tell you about Winged Foot, Billy Casper won the U.S. Open laying up on the third hole every day. I’m like, okay. I heard similar stories about Ben Hogan hitting it short on purpose on the sixth hole at Oakmont. Same stories about Ben Hogan saying if he ever hit the green on 11 at Augusta, he had pulled it.

“You know, it’s just sometimes you pick your strategy and if you pull it off, you pull it off. It’s as simple as that. But once Tiger told me that, it made me aware that obviously this is a very difficult golf course.”

“Walking here as a major champion, you have a sense of knowing how to get things done. Yes, I’ve only done it once, but I’ve done it. You just want more. You get that little taste of what it’s like, and you know why guys mark in their calendars the major championships for the year.”

“This course is a little different than it was in previous championships, so there isn’t much data to look back on and see what other guys did. You think about the last major championship played here in ’06, the game has changed dramatically since then in the last 14 years. The game is different. Other stops that we go to throughout the year, you can look back on previous years – like the 10th at Riviera, for example. You have data for that every year. Everyone knows by now the best way to play that hole is to go for the green. That’s the best way to make a 3. But here you don’t really have that. It’s a matter of playing practice rounds, getting comfortable.

“Honestly, on the sixth hole I’m more comfortable hitting a driver up at the green than I am hitting a 3-iron for a layup. That hole is certainly one that suits my eye and suits hitting a cut driver in there. And hitting shots from the front bunker there yesterday, it seems like if you’re in that front bunker, it’s pretty good to most pin positions. And then on 11, I don’t see many people hitting driver on 11. You can carry that bunker on the left, but then the fairway is like a hog’s back. It just doesn’t seem as if a ball can stay in that fairway if you carry it over. That’s something I would just be trying to hit something down to the bottom of the hole and hitting a 9-iron or a wedge in.”