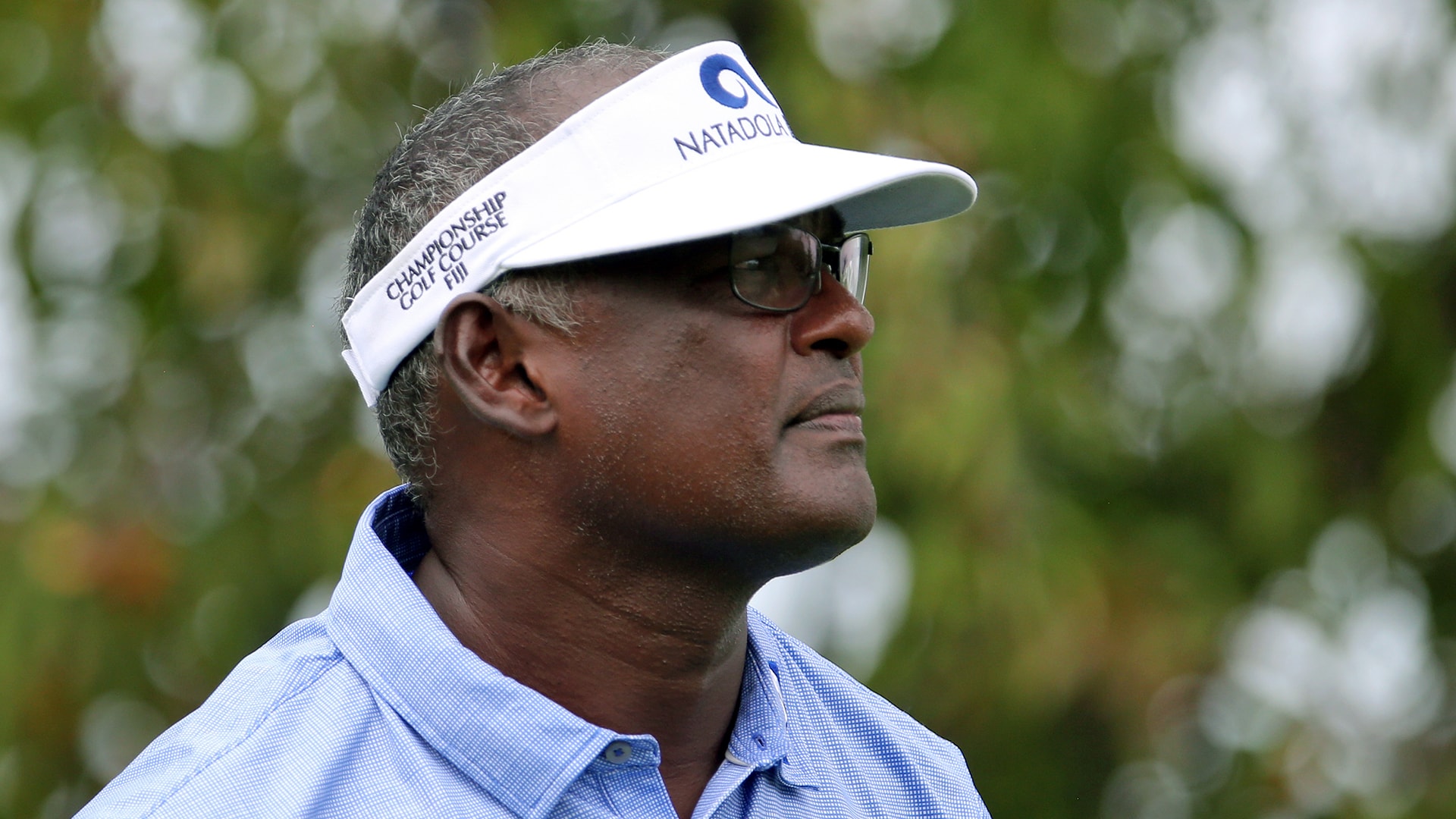 
Vijay Singh will not be in the field when the Korn Ferry Tour returns to action in two weeks.

The PGA Tour confirmed to GolfChannell.com that the 57-year-old Singh has decided to withdraw from the Korn Ferry Tour Challenge, which is set for June 11-14 at TPC Sawgrass’ Dye’s Valley Course in Ponte Vedra Beach, Florida.

Singh sparked quite the controversy earlier this month when he decided to enter the event. Despite being a lifetime PGA Tour member, which allows him to enter any KFT event assuming he is not eligible for that week’s PGA Tour event, Singh, who isn’t in the field for the Tour’s restart at Colonial, was criticized by several players on social media.

One KFT player, Brady Schnell, even called Singh a “piece of trash” on Twitter for his decision to enter the event.

“Do you know how much those points and money could do for a young kid?” tweeted Schnell, 35, who has missed five of six cuts on the Korn Ferry Tour this season. “He’s a complete turd for playing. He’s got his money and he’s got his career. Just wait another month and roll with your senior friends.”

Others, including Phil Mickelson, came to Singh’s defense, and Schnell later apologized, writing, “a different approach should have been taken in order to get my point across. I will learn from this and be better.”

Singh has yet to publicly address Schnell’s comments or his decision to withdraw.

The Hall of Famer, who owns three major titles among his 34 PGA Tour victories, has missed eight of nine Tour cuts in the past two seasons, with the one made cut during that span resulting in a sixth-place finish at the 2019 Honda Classic. He finished 29th in his only PGA Tour Champions start this year, at the 38-man Mitsubishi Electric Championship in Hawaii.