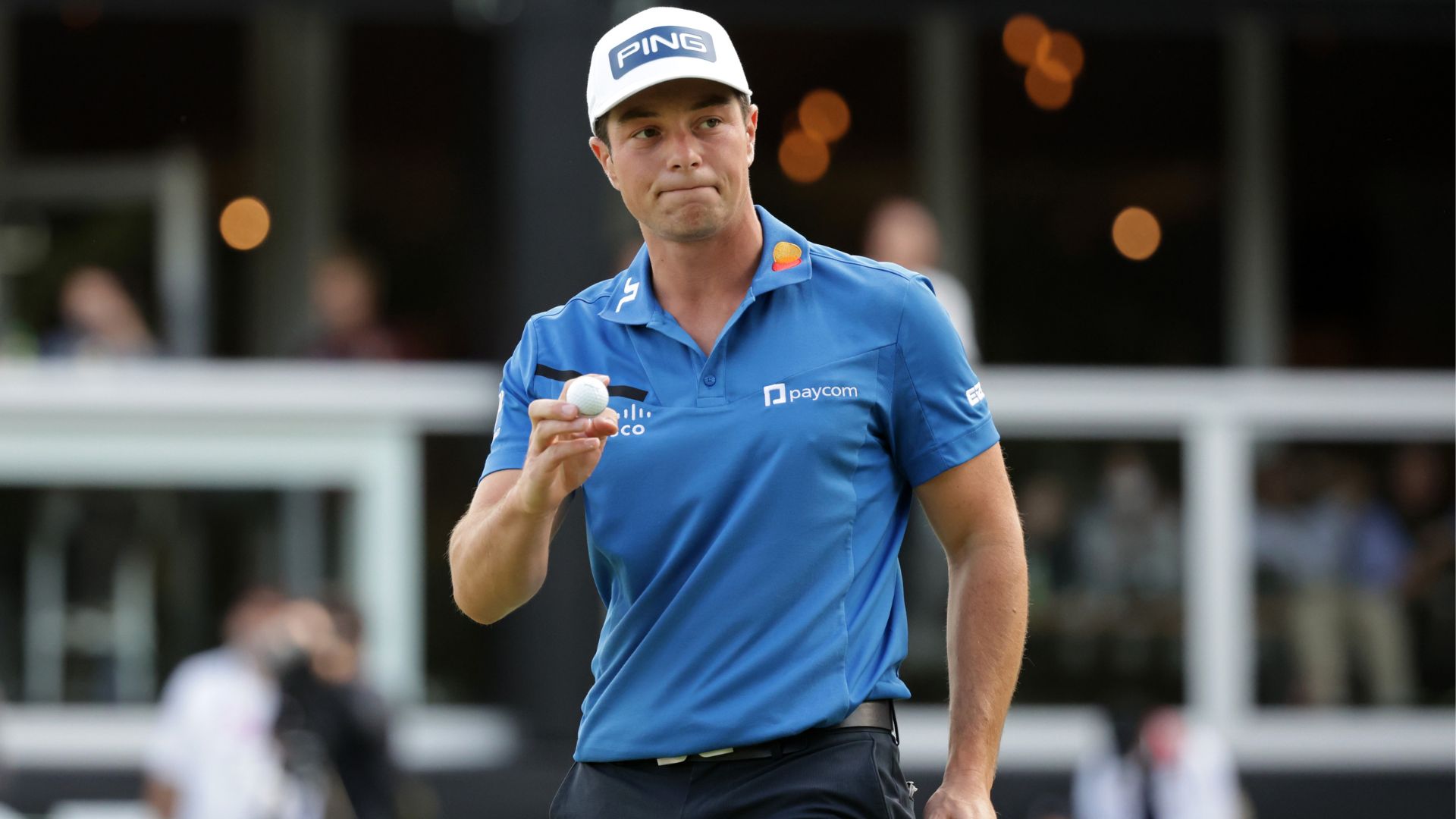 Viktor Hovland had one last chance to creep toward the lead and have a better chance at victory on Sunday.

After hitting every green in Round 3 of the Zozo Championship, the Norweigan stepped up to the par-5 18th tee box and had plenty of time to envision the shot he wanted. Then, he perfectly executed his plan, capping his round with an eagle.

“There’s usually a little bit of a wait on that tee box,” Hovland said after his 6-under 64 round. It’s only two groups on that tee box today, so obviously, you’re sitting there thinking I want to have a good finish, but you kind of have to get into the flow again after 10, 15 minutes waiting there.

“Hit a good 3-wood off the tee because it was downwind. I’ve hit drivers in the practice rounds and even in the first round, but it gets pretty tight up there when it’s downwind. I hit it in the fairway and hit a nice 7-wood in the middle of the green and made a nice 45-footer for eagle, so that was a nice way to finish.”

The eagle got Hovland, who sits solo fourth on the leaderboard at 11 under, within three of Rickie Fowler’s lead heading into the final round.

The world No. 11 has three PGA Tour wins, all of which have come outside the United States. And if Hovland, can pull out the win Sunday in Japan, he’ll add to that total. The 25-year-old’s most recent win came last November at Mayakoba.

Ending his round with an eagle was certainly a confidence booster heading into Sunday. However, he played well in most of Round 3 and will try to do so again to emerge victorious.

“I had such a great start to my round today,” he said. “Being 4 under through nine, you’re obviously looking to try to shoot 6, 7 under. Then I three-putted 12 and missed a couple of birdie looks on 13 and 14 and felt like the round was going downhill a little bit, but after a nice birdie on 15, kind of revised the round a little bit. Obviously, with the eagle on the last, that’s a nice way to end it.”