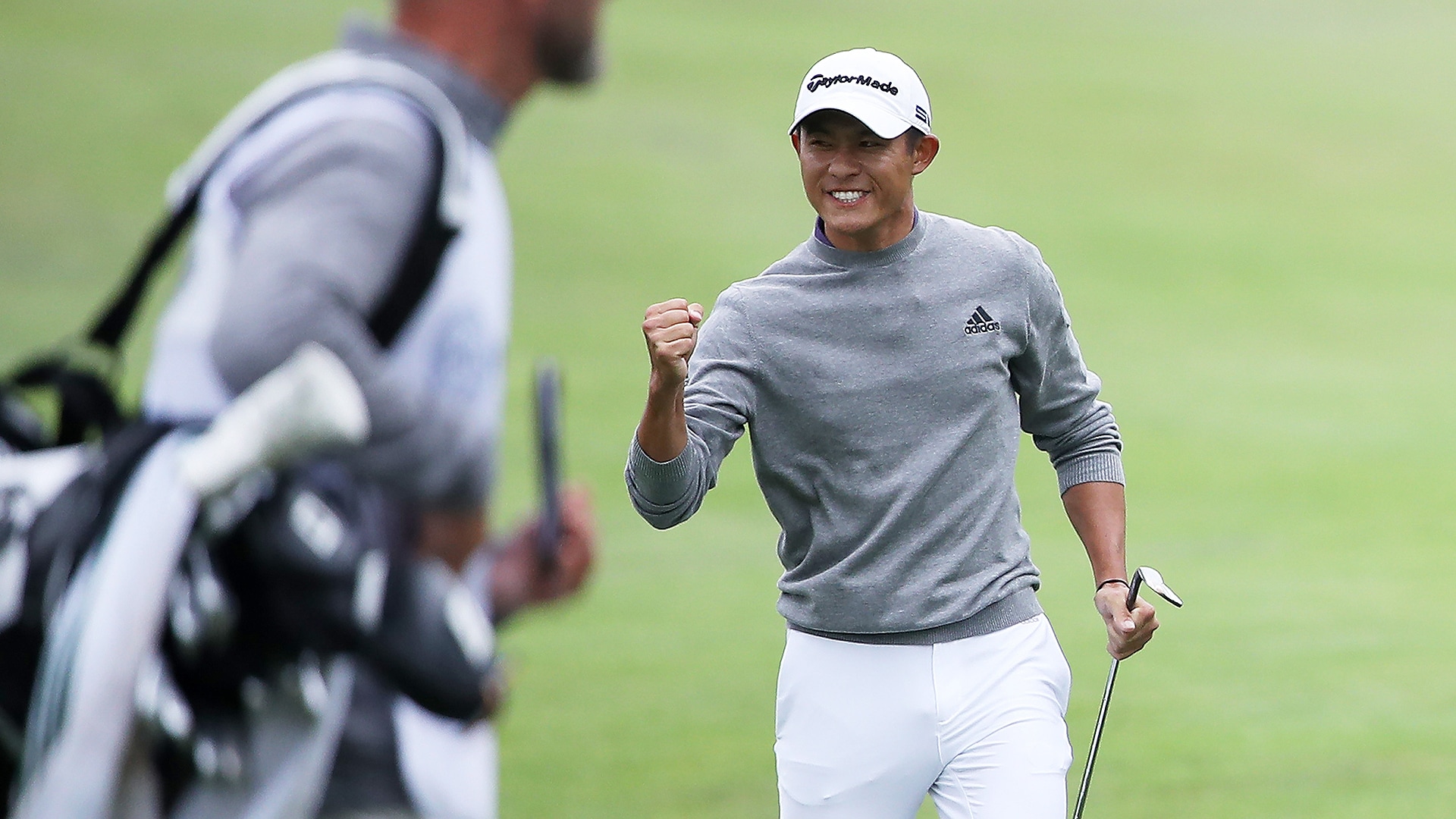 Every major winner has a major moment, a shot that will replayed for year to come.

Collin Morikawa had two Sunday at TPC Harding Park en route to his maiden major title at the PGA Championship.

First, there was the chip-in birdie. Tied for the lead with five holes to play, Morikawa came up some 55 feet shy of the green with his approach at the par-4 14th hole. Despite not having much green to work with, Morikawa holed his third shot to take a one-stroke lead.

He added to that advantage two holes later, hitting a beautiful baby-cut driver into the green at the 336-yard, par-4 16th. With just 7 feet left, he followed by rolling in the eagle putt to break a tie with Paul Casey and pull ahead by two.

Morikawa is a rising star and certainly will be expected to have more major moments like Sunday. But he’ll always remember these two shots that helped him capture his first.