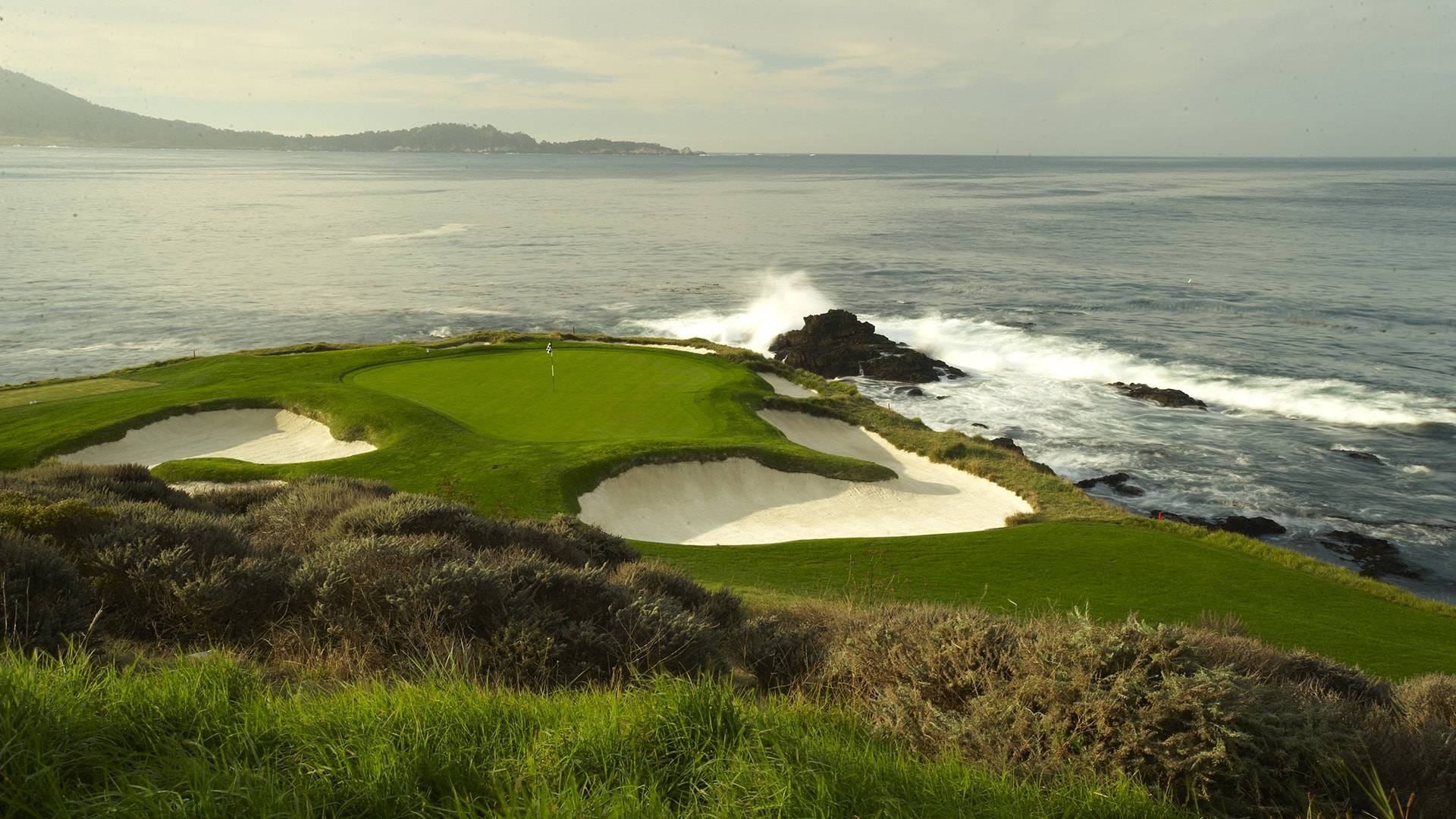 The seventh hole at Pebble Beach Golf Links stands among the most iconic par 3s in golf.

At the mercy of mother nature, waves crash loudly against the rocks and the flagstick bends, helpless against the gale force winds that come in off the ocean.

The short hole is often just a wedge for the pros, but what happens when an average joe stands on the tee in wind so strong it would seemingly be difficult just to balance?

In what looks like a scene from Caddyshack, Michael Knoll (@turfknoll on Instagram) captured an insane shot in even more insane weather.

The gentleman on the tee pulled out his driver and let rip one of the best shots imaginable in those conditions on that hole, putting his tee shot inside 3 feet as the pin tried it’s hardest to keep from snapping in half.

All we needed was Bill Murray popping in to say, “I’d keep playing. I don’t think the heavy stuff’s gonna come down for quite a while.”

Making a tee time at Pebble Beach and getting those conditions is about as bad as luck gets, but it created a once-in-a-lifetime moment and a shot that will live forever.