↓ Skip to Main Content
Home › Blog › WATCH: Hideki Matsuyama hits three in the water, one off flagstick at 3M

WATCH: Hideki Matsuyama hits three in the water, one off flagstick at 3M 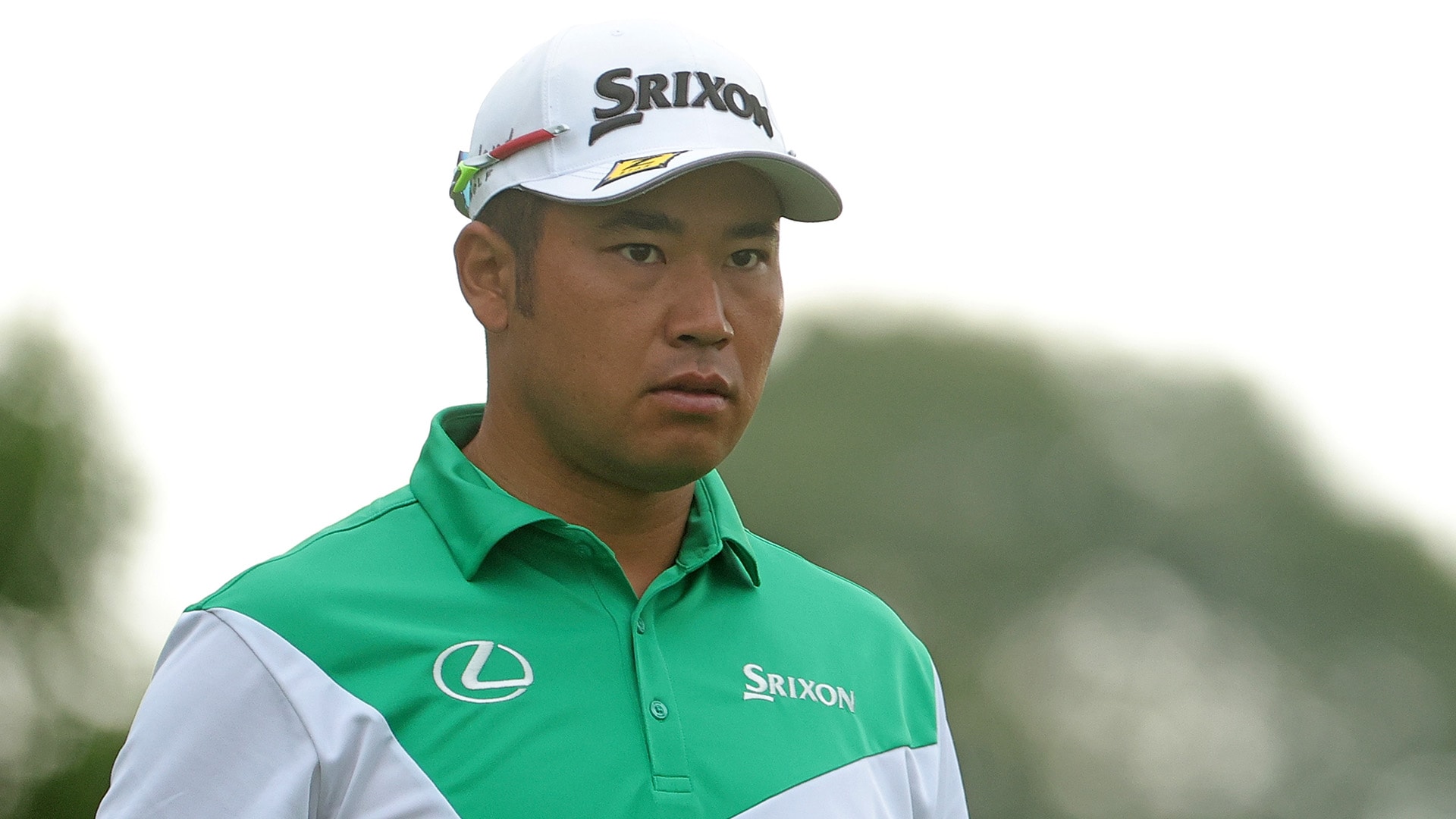 Hideki Matsuyama did his best Roy McAvoy impression Thursday at the 3M Open.

The 2021 Masters champion sent his tee shot into the pond that guards the right side of the closing par 5, at which point he decided to drop as close to the water as he could, leaving his ball in the rough on a severe side-slope, well below his feet.

At this point he had to decide whether to play safe, lay up and try to get up-and-down for par from the fairway, or take a headcover off one of his woods and try to pull off the hero shot.

Off came the headcover.

Matsuyama sent his third shot on a direct line with the flag and watched it splash into the same pond well short of the green.

After another drop in the same spot, the world No. 14 hit a similar shot, but took it a bit further left and thought he would be just short of the green. He thought wrong.

Now hitting an iron, his seventh shot flew well over the green and ended up against the bottom of a grandstand overlooking the finishing hole at TPC Twin Cities.

The Japanese star had to take another drop, this time receiving free relief from the grandstand.

His eighth at the 18th was a flop shot that he carried well past his landing spot. However, it rattled off the bottom of the flagstick, settling right next to the hole for a tap-in quadruple bogey.

Matsuyama started his day on the 10th hole and went out in 5-over 41 after the disaster at the 18th.

He followed up the water-logged quad with a chip-in birdie at the first. Two holes, four golf balls, one putt, 3 over. Go figure.