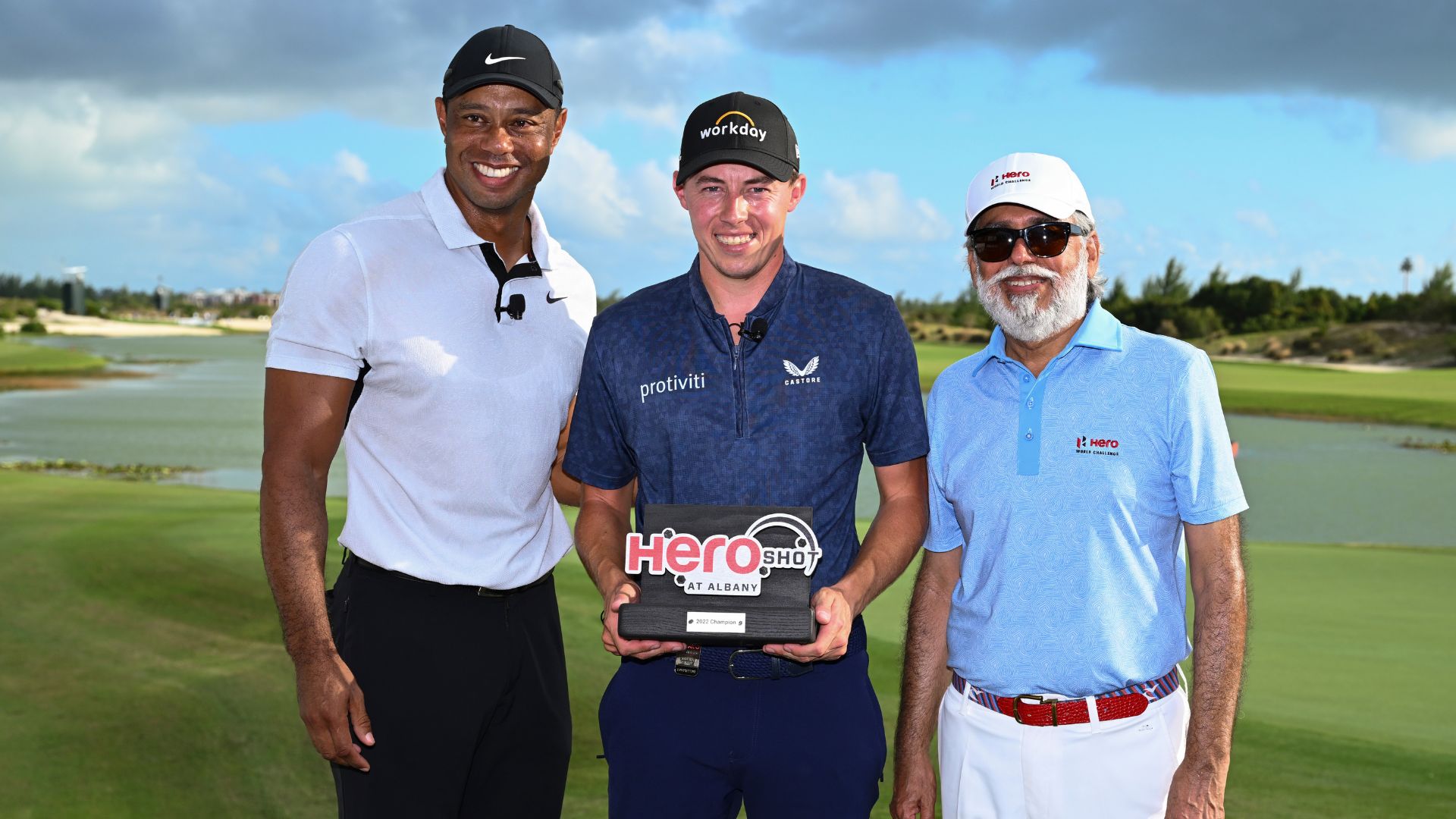 The Hero Shot at Albany is held in the days leading up to the Hero World Challenge in the Bahamas, with players taking their best shots at a floating target in the pond between the ninth and 18th greens at Albany Golf Course.

Fitzpatrick was the last to hit in the championship round, sinking his second dunk of the day despite having to hit the 87-yard shot into the wind.

Fellow Englishman Fleetwood called the hole-in-one midair. Just moments before, the 31-year-old can be heard admiring the 28-year-old’s swing.

The players’ reactions were almost as good as the shot, with many jumping out of their seats, throwing their hands in the air and fellow finalist Kim in shock, dropping to the ground in, seemingly, mock anguish.

Thomas can be seen tapping Kim’s shoulder and giving him the loser “L” sign with his fingers, but it’s all in good jest and for a good cause. Proceeds from the 2022 Hero World Challenge benefit the TGR Foundation, Tavistock Foundation and Bahamas Youth Foundation.