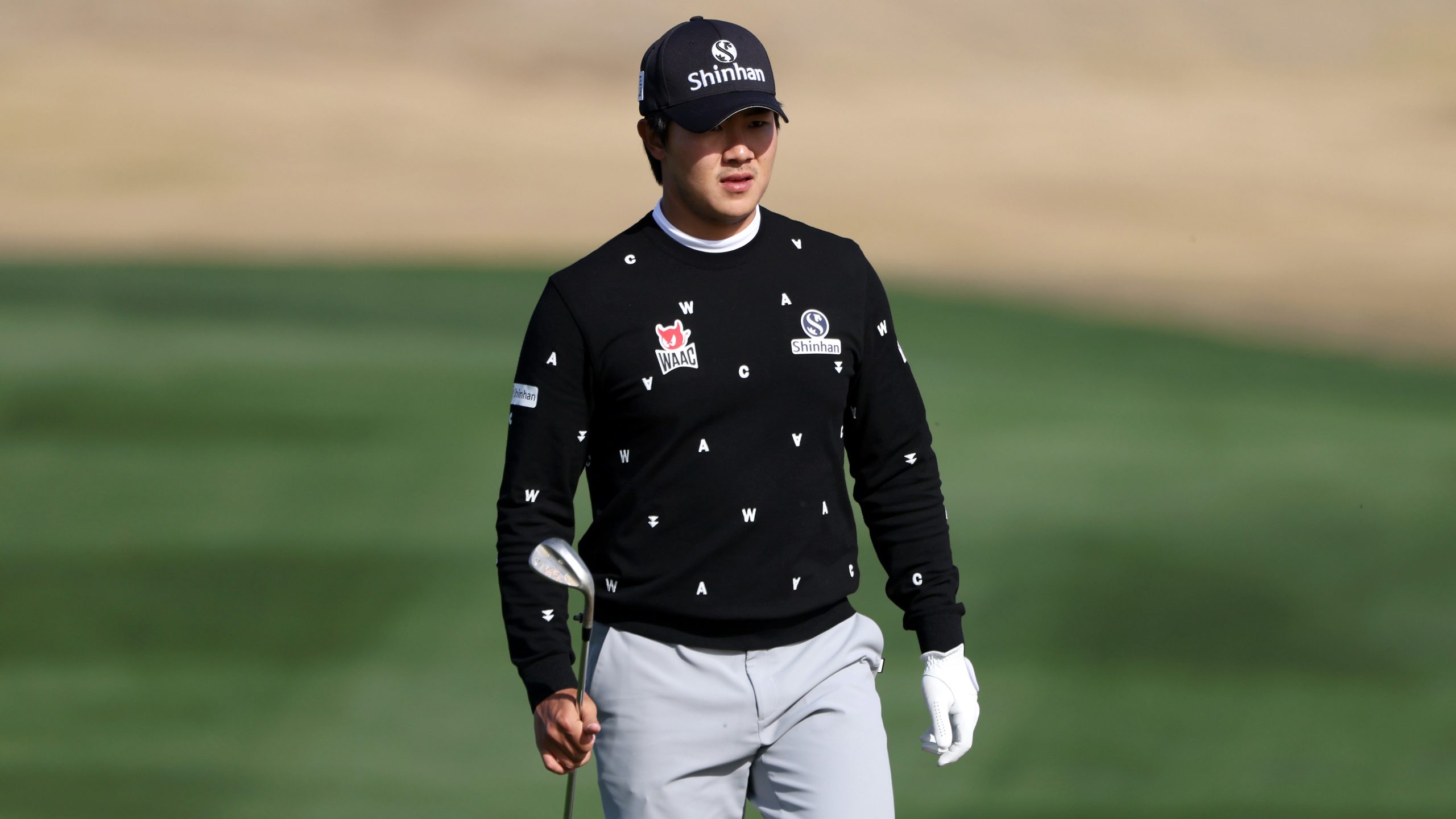 Regardless of whether S.H. Kim makes the cut Saturday at The American Express or heads home, he’ll have a great story to tell.

He could title it: A tale of two bounces.

Let’s pick things up at the par-5 16th hole Friday at PGA West’s Stadium Course. Kim was just 84 yards out playing his third shot when it appeared that the 24-year-old rookie had just stuffed a wedge for a likely birdie. Instead, Kim’s ball hit the top of the flagstick and ricocheted back off the green.

Easy chip upcoming? Not exactly. Kim’s ball kept rolling, down a steep embankment of rough that leads to the deepest bunker on Tour. The ball stopped short of the sand, though, coming to rest against a rake that was sitting in the rough.

and then there's this 😩 pic.twitter.com/V5bUpXOYoI

It then took Kim four shots – the final three from the giant bunker – to get back onto the putting surface, which is some 18 feet above the trap. Once he was safely putting, it took just one putt, from 6 feet, to get the ball in the hole for a triple-bogey 8.

Dejected probably, Kim nearly compounded the unfortunate break at the next hole, which features an island par-3 green that at 177 yards, plays much longer than its more famous sibling at TPC Sawgrass. But the golf gods taketh and giveth, and Kim received a good break this time, his ball hitting off the rocks left of the green and bouncing onto the green to set up a 24-foot birdie putt.

For every bad break, there's a great break.

S.H. Kim had them back-to-back 😲 pic.twitter.com/Lk6eKr9eDp

He rolled in the birdie look to play the two-hole stretch in 2 over. He’s go on to shoot 1-over 73 and at 1 under through 36 holes, it well back of the projected 54-hole cut line of 6 under.