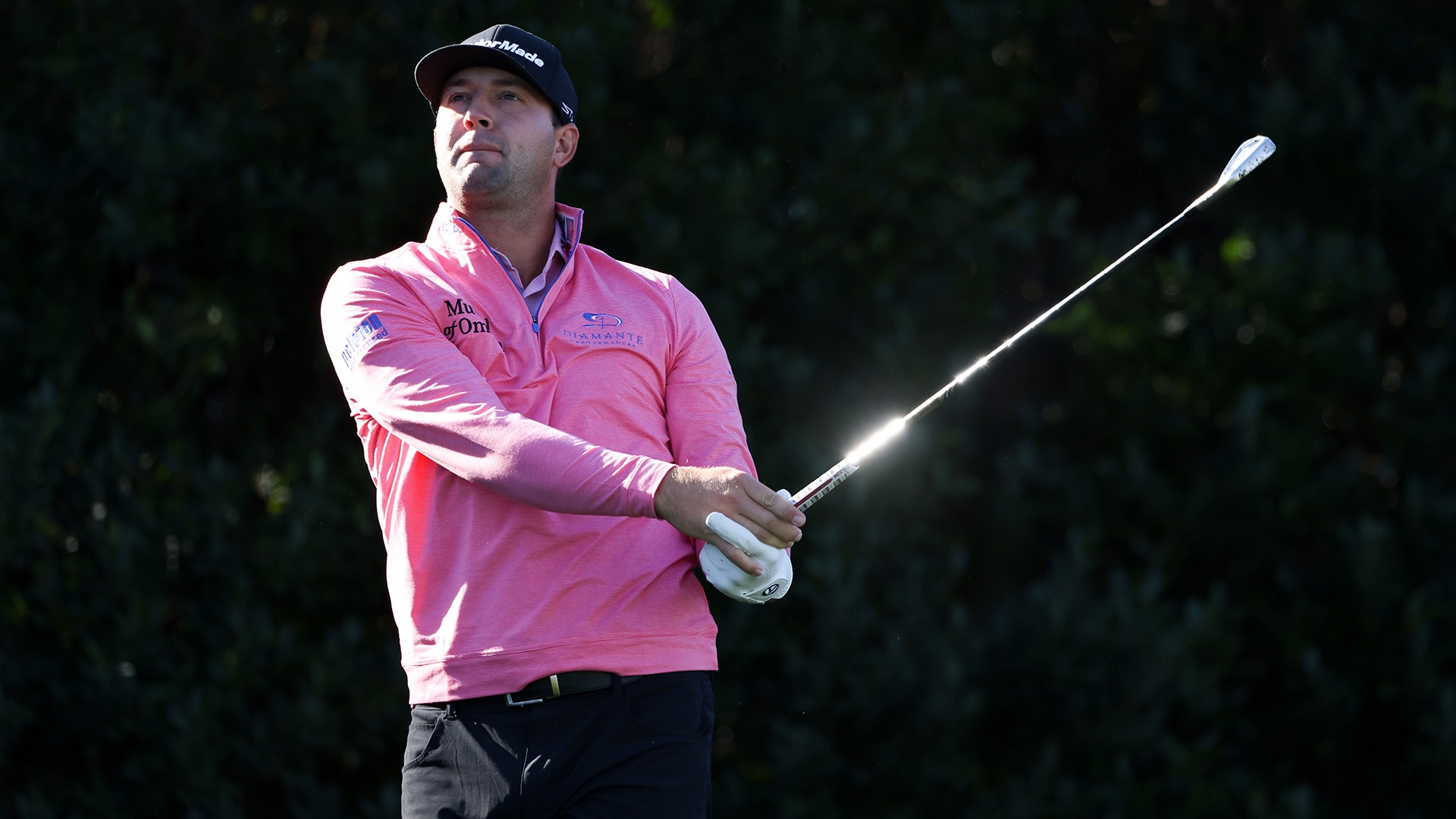 Taylor Montgomery has been knocking on the door for a while.

Entering this week’s American Express, the 27-year-old UNLV product had finished outside the top 15 just once in his past 12 starts between the PGA and Korn Ferry tours. He then continued his stellar top-15 barrage with a solo fifth Sunday at PGA West’s Stadium Course.

He’ll likely be disappointed by this one, though.

Montgomery was in the mix for his first Tour victory before playing his final six holes in 1 over to end up three shots back of winner Jon Rahm. Montgomery parred the par-5 16th hole despite being inside 35 yards playing his third shot, and he then hit an untimely shank on the next tee, his ball splashing well short and right of the par-3 17th’s island green.

Montgomery went on to card double, and despite a closing birdie, he’ll keep knocking on that door.