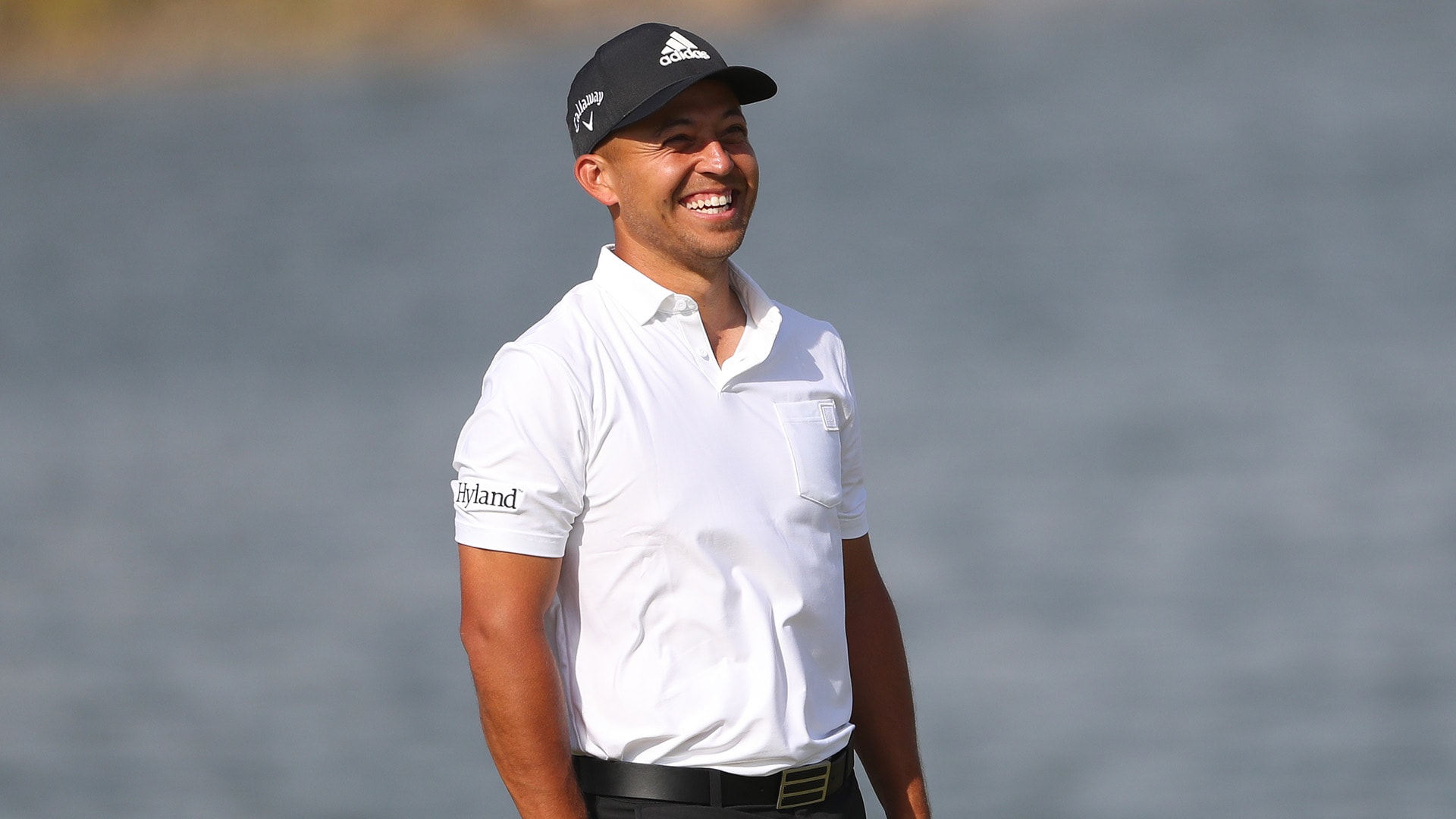 Xander Schauffele began his Sunday at The American Express at 15 under, but he would quickly vault his way up the leaderboard with one swing at the par-5 fifth.

After four consecutive pars to open his final round, the reigning Olympic gold medalist sent a drive 314 yards down the fairway at the fifth. He was left with 226 yards to the hole and needed to carry the majority of that yardage to clear the pond guarding the front of the green at the par 5.

The margin between hero and zero in golf is often a small one, and such was the case Sunday at PGA West’s Stadium Course.

Schauffele narrowly carried the hazard that could’ve spelled disaster, landing near the front edge of the green and rolling into the hole as if his shot was struck with a putter.

It was the first double-eagle on the PGA Tour in 2023 and moved Schauffele – who had to withdraw from the Sentry Tournament of Champions two weeks ago with a back injury – to 18 under for the week, but he wouldn’t stop there.

The San Diego State alum made five birdies in a row beginning at the par-5 eighth and added two more at the 14th and 16th. The result was a 10-under 62 to finish 25 under for the week.

While the magic Sunday wasn’t enough to emerge victorious, Schauffele has some positive momentum headed into next week’s Farmers Insurance Open.