↓ Skip to Main Content
Home › Blog › What 59? Harold Varner III on His Opening 62 at Wyndham Championship: ‘Wish I’d Thought About It’

What 59? Harold Varner III on His Opening 62 at Wyndham Championship: ‘Wish I’d Thought About It’ 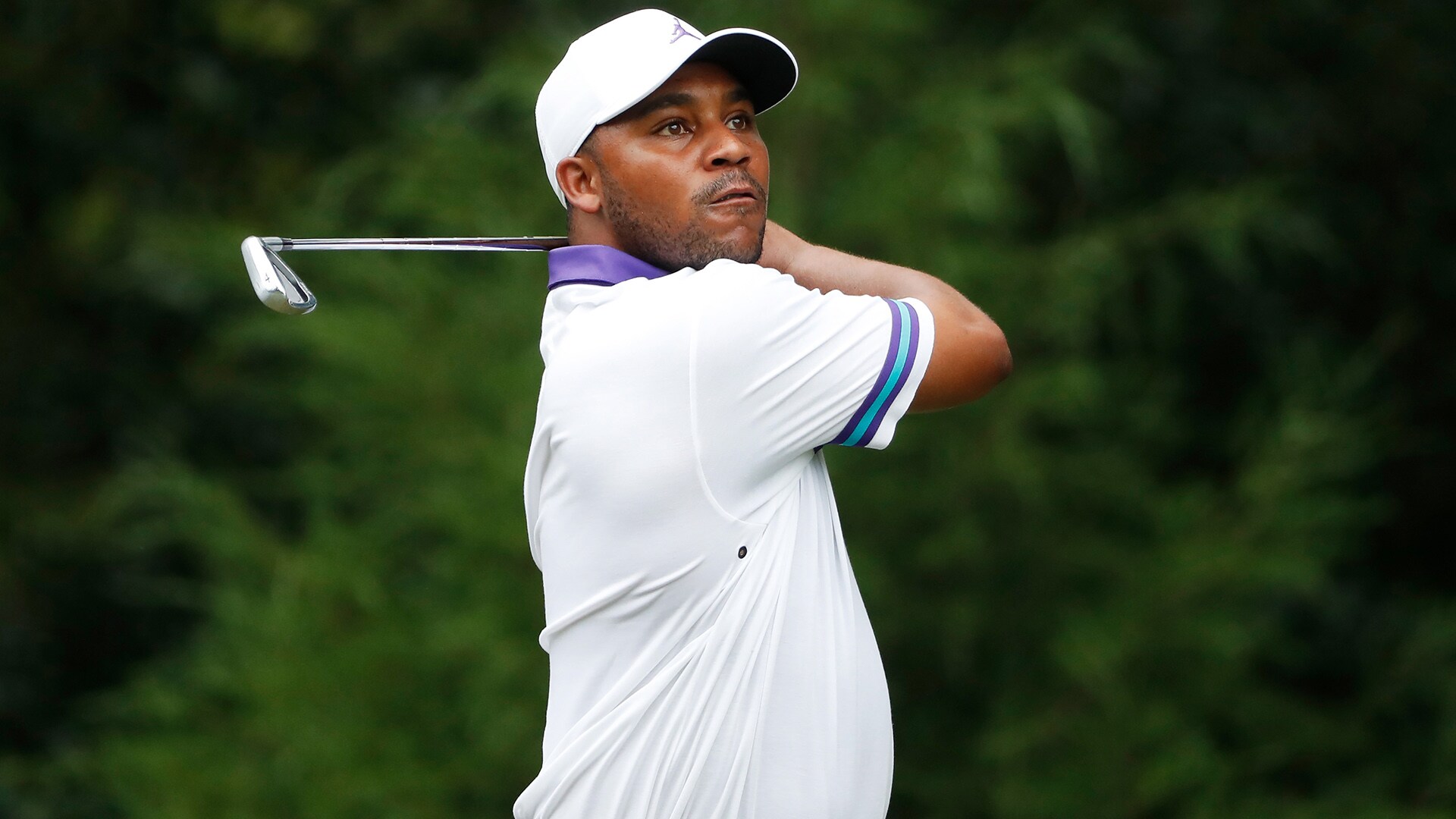 
Harold Varner III didn’t even realize Thursday that he was a few birdies away from golf’s magic number.

Eight under par as he headed to his 16th hole of the day, Varner said he was so engrossed in the round that he didn’t know he had to birdie the last three holes at par-70 Sedgefield Country Club to break 60.

“Dang, I wish I would have,” he said afterward. “I didn’t think about it at all. Just trying to birdie every hole. You can go get it out here, obviously, with the scores, so I just knew that, you know, the gas pedal is on the right.”

Varner instead made par on each of the last three holes to shoot 62, the best score among the early starters. The Wyndham is always a special week for Varner, who grew up in Gastonia, North Carolina, roughly two hours from Greensboro, even though his hometown fans aren’t allowed on-site this week as part of the Tour’s COVID-19 protocols.

Varner said he’s never shot 59 before – never even had an opportunity on the last while playing with friends – but said a 62 Thursday “will do.”

“I wish I would have thought about it, just to get some more goosebumps,” he said.

The strong start will set up yet another opportunity for Varner to earn his first PGA Tour victory in what is his 136th career start. When asked if it’s been “hard” to stay positive despite being so close so often, including at the Tour’s restart event at Colonial, Varner said: “It’s not hard at all. Life’s really hard. What people are going through right now, yeah, this is easy. I don’t care if I don’t ever win. I want to win, but it is what it is.”