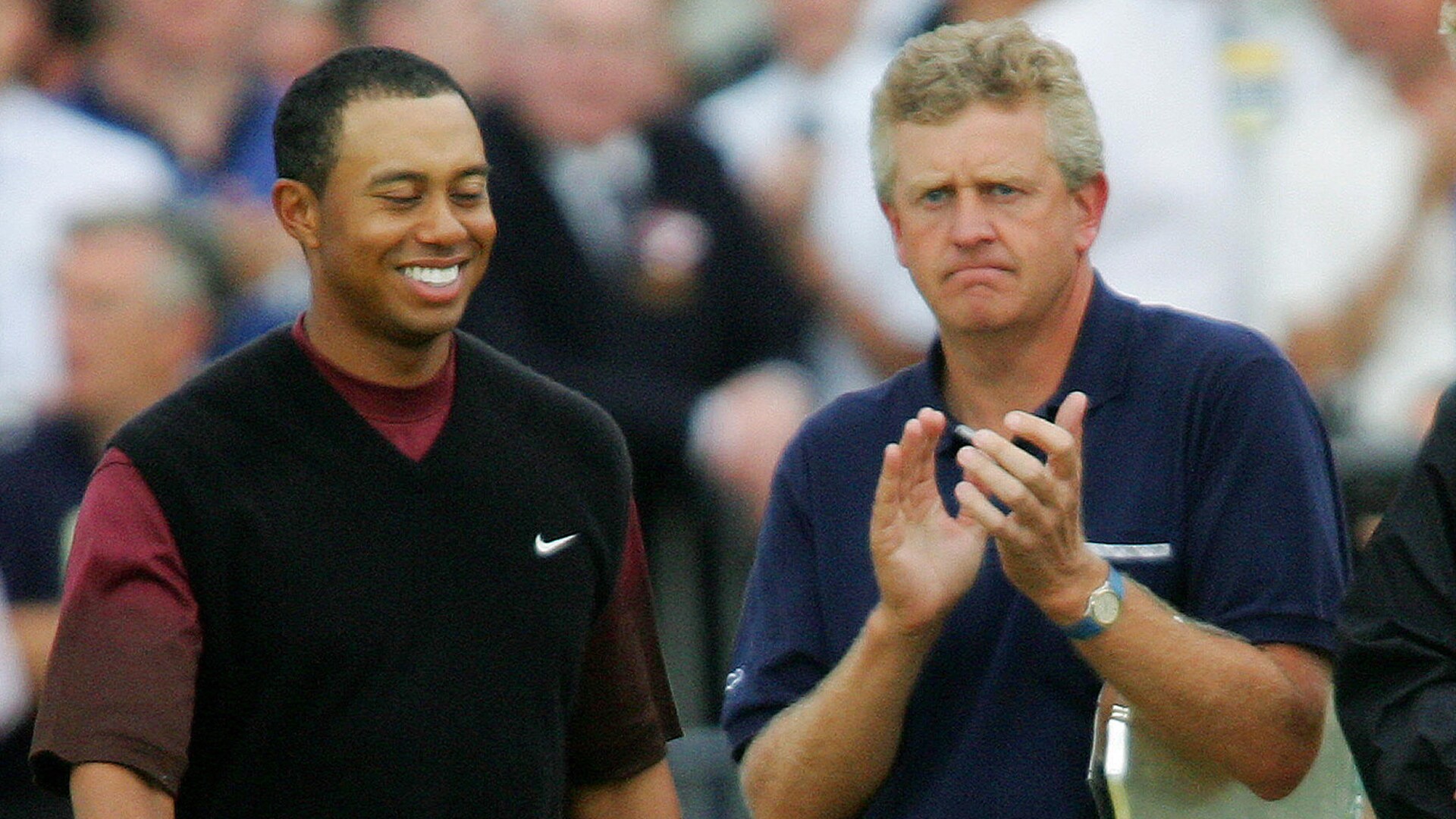 When it comes to Tiger Woods, Colin Montgomerie has some takes.

Speaking recently on the U.K.-based The Bunkered Podcast, which will be released in full on Tuesday, Montgomerie not only argued that Woods wouldn’t win another PGA Tour event, but the 59-year-old Scot also declared that the 46-year-old Woods should’ve retired earlier this year after missing the Open Championship cut at St. Andrews.

“That was the time,” said Montgomerie, forever a major bridesmaid whose five major runners-up included a five-shot defeat to Woods at the 2005 Open at St. Andrews. “Stand on that bridge, start waving, and everyone goes, ‘So, is that it?’ Yeah, it is. It would have been a glorious way to go. The stands were full, the world’s TV cameras – from all continents – were on him, he’s walking up there on his own, tears were in his eyes, obviously, you can’t beat that walk. I’ve done it myself. When the stands are full, you cannot beat that walk. … I tell you what, that is a special, special arena. It’s a theatre. That was the time for Tiger to say, ‘OK, I bow out.’”

“Why go on? Go out at the top. It’s something that very few can do.”

Woods has won two of his 15 major championships on the Old Course, but he shot 9 over and missed the cut by nine this past July. He played just three official Tour events – all majors – this year as he continues to work his way back from a February 2021 car accident that badly injured his right leg.

He withdrew from the Hero World Challenge earlier this month due to plantar fasciitis in his right foot, but returned to play in Saturday’s 12-hole match with Rory McIlroy, Justin Thomas and Jordan Spieth, albeit in a cart. He also will use a cart at this week’s PNC Championship, where he’ll compete for the third straight year alongside son, Charlie.

In the Bahamas, Woods reiterated that his surgically repaired leg – not to mention his bad back – wouldn’t allow him to play a full schedule ever again, and he said that his goals for next year included the majors and maybe one or two other big tournaments.

In terms of opportunity alone, Woods seemingly has his work cut out for him to break his tie with Sam Snead for the Tour career wins record. But that’s apparently not the reason Montgomerie is counting Woods out for No. 83.

“I don’t see him doing that (winning again on Tour),” Montgomerie said. “People will say, ‘Oh come on, Monty’. Listen, yes, he’s great. But Tiger doesn’t have to now just get back to the standard he was performing at then. He has to improve it. The standard is improving all the time, and there’s not one or two guys that can beat him now. There’s 22 guys that can beat him. So, it’s Tiger trying to get not back to where he was but to get to a standard he’s never been at before and I don’t think that’s possible.

“I can’t see that happening. I’d love it to happen because it’s great for the game. I would love him to win. But I just can’t see it happening.”