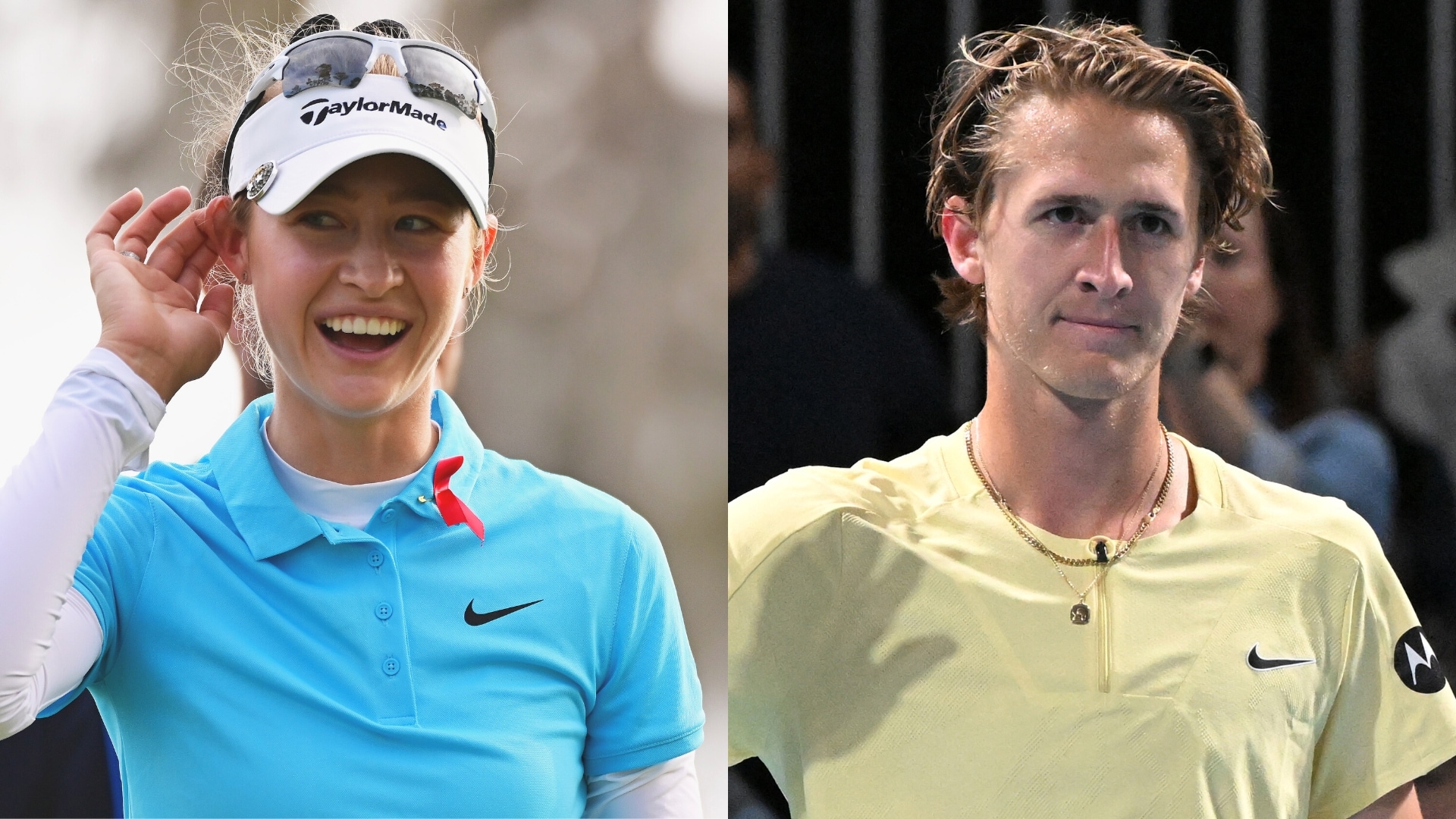 To say the Korda family is exceptionally athletic would be an understatement: sisters Nelly and Jessica are two of the best golfers in the world; their parents, Petr and Regina, are former Czech tennis stars; and then there’s their brother, Sebi, who’s in the spotlight this week at the Australian Open.

While Nelly and Jessica made the jump to golf, Sebastian “Sebi” Korda followed in his parents’ footsteps, becoming a professional tennis player.

The 22-year-old has been ranked as high as No. 30 in the world in the span of his young career. This week, he’s some analysts’ sleeper pick to go far, if not win, the Australian Open. To do that, the current world No. 31 will have to beat former world No. 1 and current No. 8 Daniil Medvedev on Friday morning.

While Sebi’s big sister Nelly is, of course, supportive of his career, even she draws the line at a 4:15 a.m. wakeup call, specifically when she’s in the middle of the LPGA’s season opener at the Hilton Grand Vacations Tournament of Champions.

“Yeah, I’m not going to be watching,” Korda said after an opening 4-under 68 at Lake Nona Golf & Country Club. “Hopefully it’s not still going by the time I’m up. Hopefully he’s won already. But yeah, I’m sure my parents are going to watch. They’ll be a little sleep deprived tomorrow walking 18.”

If Sebi does make a successful run down under, he’ll be following in his dad’s footsteps after Petr won the 1998 Australian Open. Twenty-five years later and the Korda family’s accolades only continue to grow.