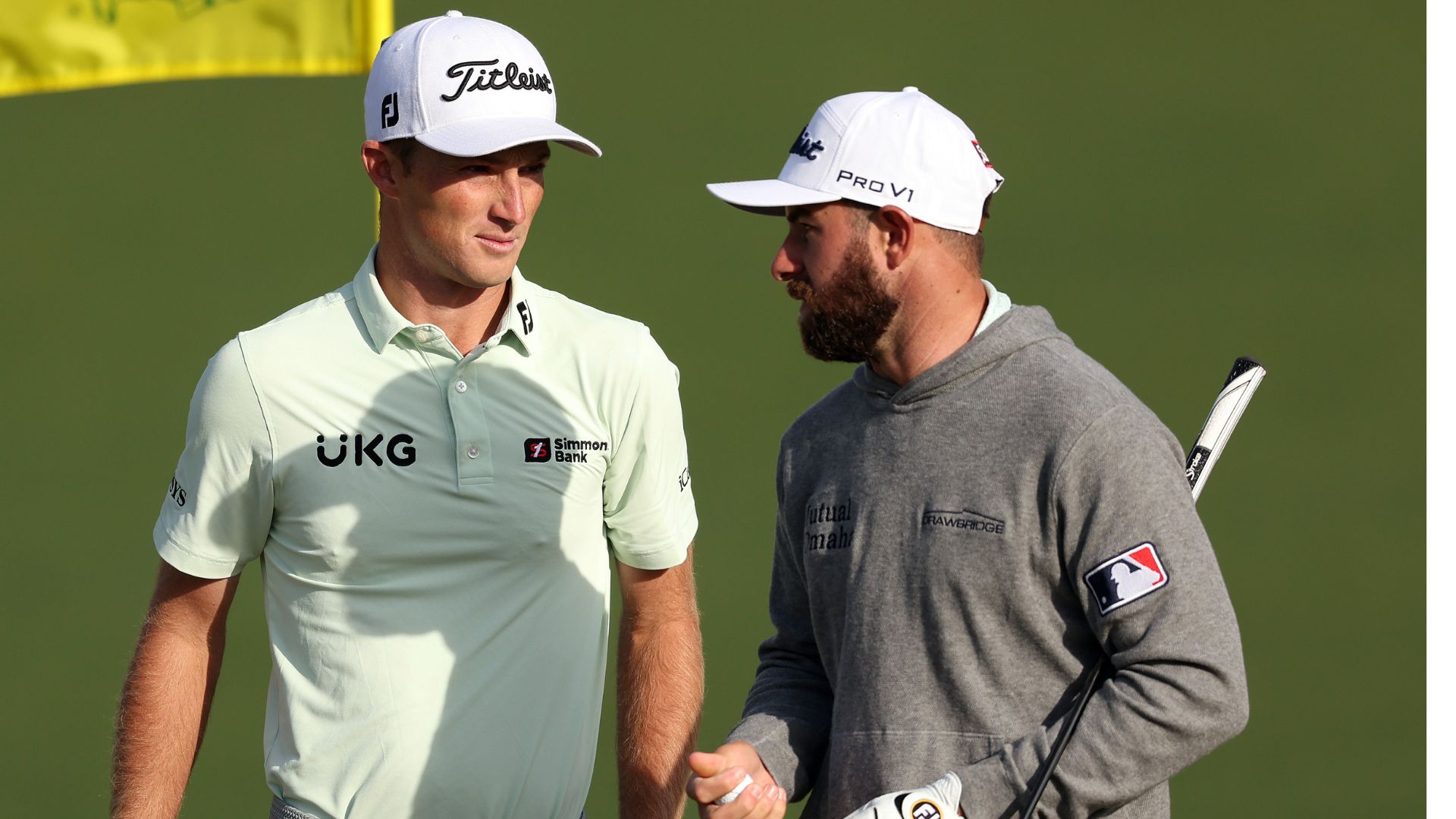 Former college roommates are close to claiming consecutive PGA Tour Rookie of the Year awards and continuing an impressive run for Wake Forest on Tour.

Teammates during their time at Wake Forest, Will Zalatoris notched the award last year and this year, Cameron Young, 25, is the clear front-runner.

In their short stints on Tour, both have posted similar and impressive results despite still being winless. Zalatoris, 25, has three runner-ups in majors since 2021 and Young, this year, has two, plus a T-3 at the PGA Championship and another four top-3 finishes.

With both also close to notching their first-ever Presidents Cup nods, the two former Demon Deacons are enjoying the ride together now on golf’s biggest stage.

“It’s fun because we’ve actually played a lot together this year,” Zalatoris said Wednesday ahead of the Wyndham Championship. “I’d love for [Young] and I to be — we’re both obviously very hopeful to play on the Presidents Cup team together and partner up. I’m rooting for him like crazy.

“I was screaming like it was me making the putt on 18 when he made that eagle on 18 at (The Open) St. Andrews. It’s been fun to watch. We’ve been pushing each other to play better basically for really the last decade, so it’s been fun going through the ranks from junior golf, amateur golf, college golf and now professional golf. He’s a great friend and it was fun last week playing with him and Davis Love Thursday, Friday. When Cam’s on, it’s clinical, so it’s pretty fun to kind of be with someone that you’ve gone through all the ranks with.”

With Wake Forest boasting a strong list of Tour talent, this isn’t the first Demon Deacon duo to shine — and battle — on Tour.

“The part that’s so great about Wake, the alumni that have gone there, it’s such a great fraternity,” Zalatoris said. “Some of my favorite parts of Wake have really come almost after I left because we do our pro-am every other year and we do a dinner and it’s Curtis Strange, Lanny Wadkins, Jay Haas, Jerry Haas, Webb [Simpson], Bill [Haas], Scott Hoch, Gary Hallberg. I mean, all these guys that have — Billy Andrade is another one. The list goes on and on. It’s really three, four, five guys a decade basically.”

That pipeline might be why so many Wake Forest alumni see Tour success.

“I remember when I was — went to my first dinner with all those guys,” Zalatoris said. “I remember Coach Haas saying, ‘Hey, you’re quiet tonight,’ and I told him, ‘I don’t need to talk, I need to listen.’ These are guys that have through the ranks of listening to major champions tell stories, talking about their college days and running through majors, Ryder Cups, President Cups.”

Zalatoris and Young will have the rest of the season to break through for a victory (Young isn’t in the field this week). Even if it doesn’t come this season, Young is still primed to add a piece of hardware later this year, increasing Wake Forest’s illustrious list of Tour achievements.

“I know [the Rookie of the Year award is] named after Arnold Palmer, who went to Wake Forest as well and someone who was instrumental in kind of building the PGA Tour and the game of golf,” Young said last week at the Rocket Mortgage Classic. “It would be a huge honor. I know my (college) teammate Will [Zalatoris] won last year, so I would love to follow in his footsteps there.”