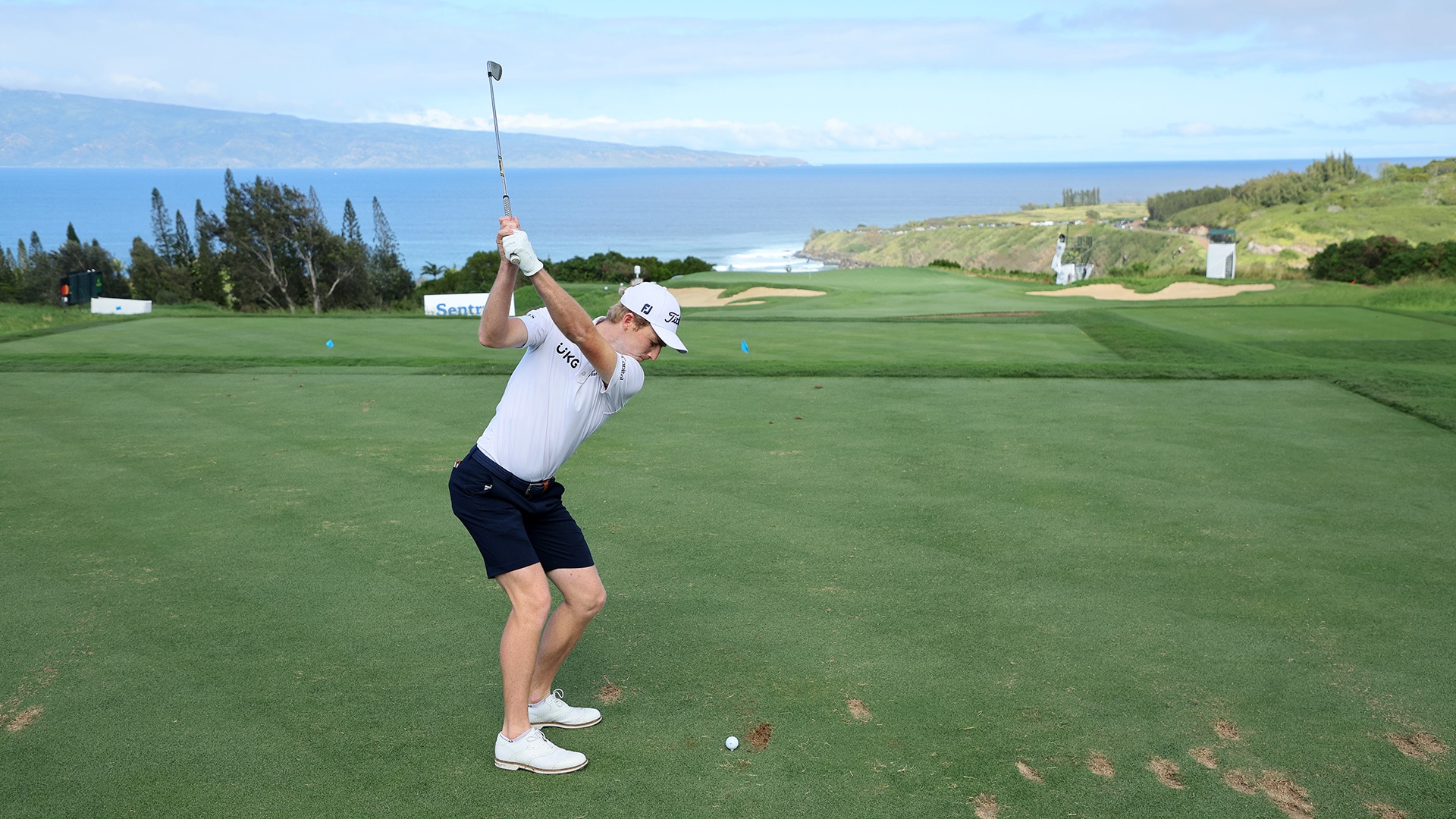 As the PGA Tour’s ball-striking leader a season ago, Will Zalatoris was understandably hesitant about making any changes.

“All of us kind of had some red flags go up,” he said.

But this was out of necessity.

A week after earning his first Tour title, Zalatoris suffered two herniated discs in his back and missed the final four months of the year, an ill-timed setback that cost him not just a boatload of money – he was No. 1 in the FedExCup, in line for a $18 million payday, and ultimately banked $500,000 for finishing 30th – but also a spot on his first U.S. team at the Presidents Cup.

Forced to sit out for an extended period of time, Zalatoris and his team consulted with Dr. Greg Rose at the Titleist Performance Institute. Their goal was to ensure the wiry 26-year-old could stand up to the rigors of a 20-event schedule for the next dozen or so years.

“We spent a lot of time understanding the pressures on my golf swing and understanding how I push off my right side,” Zalatoris said Wednesday at the Sentry Tournament of Champions, where he will make his first start since the injury. “I do it later than a lot of guys, so what that does for someone with a lot of side bend is that gets my right hip high and my spine is tilted back, and so as Dr. Rose said, ‘Duh, no wonder I had a back issue.’”

Zalatoris said that his issue was a “motor pattern,” not a structural problem, and that his high right hip was easily addressed through a tweak in his setup.

“I basically am trying to be a little bit more centered as opposed to having the ball forward with more spine tilt at address,” he said. “I’m trying to get more centered over it and work more around my right side, so more of a turn as opposed to a lateral shift. When my right hip gets high and the spine tilts back, you’re now all of a sudden creating all that stress on your back.”

Zalatoris said he’s also playing a shorter driver (about an inch and a quarter), which allows him to turn “around the corner a little bit.” He said he hasn’t lost any speed with the equipment change, encouraging news for a player who was 13th on Tour in distance last season (314.7 yards).

Doctors initially gave Zalatoris a 12-week recovery period, and he opted not to push it to return for the Hero World Challenge at the beginning of December. Instead, he was cleared for full golf activity on Dec. 1 and has been full steam ahead with an eye on the 2023 lid-lifter at Kapalua, the first designated event of this new Tour era.

Zalatoris has been forced to withdraw from events each of the past two years because of back pain (he suffered a muscular issue in July 2021), and he has adopted a new post-round regimen to ensure that his body stays in top shape. He said he has no physical restrictions and plans to play a full schedule, which includes five starts in the first seven events to begin the new year.

“I feel really good with everything,” Zalatoris said. “I had a couple really great sessions at home. I’ve learned a lot about my body, probably more than I think I ever wanted to. But the speed’s the same, everything feels really good. So just keep doing what we’re doing and let the next win get in the way.”