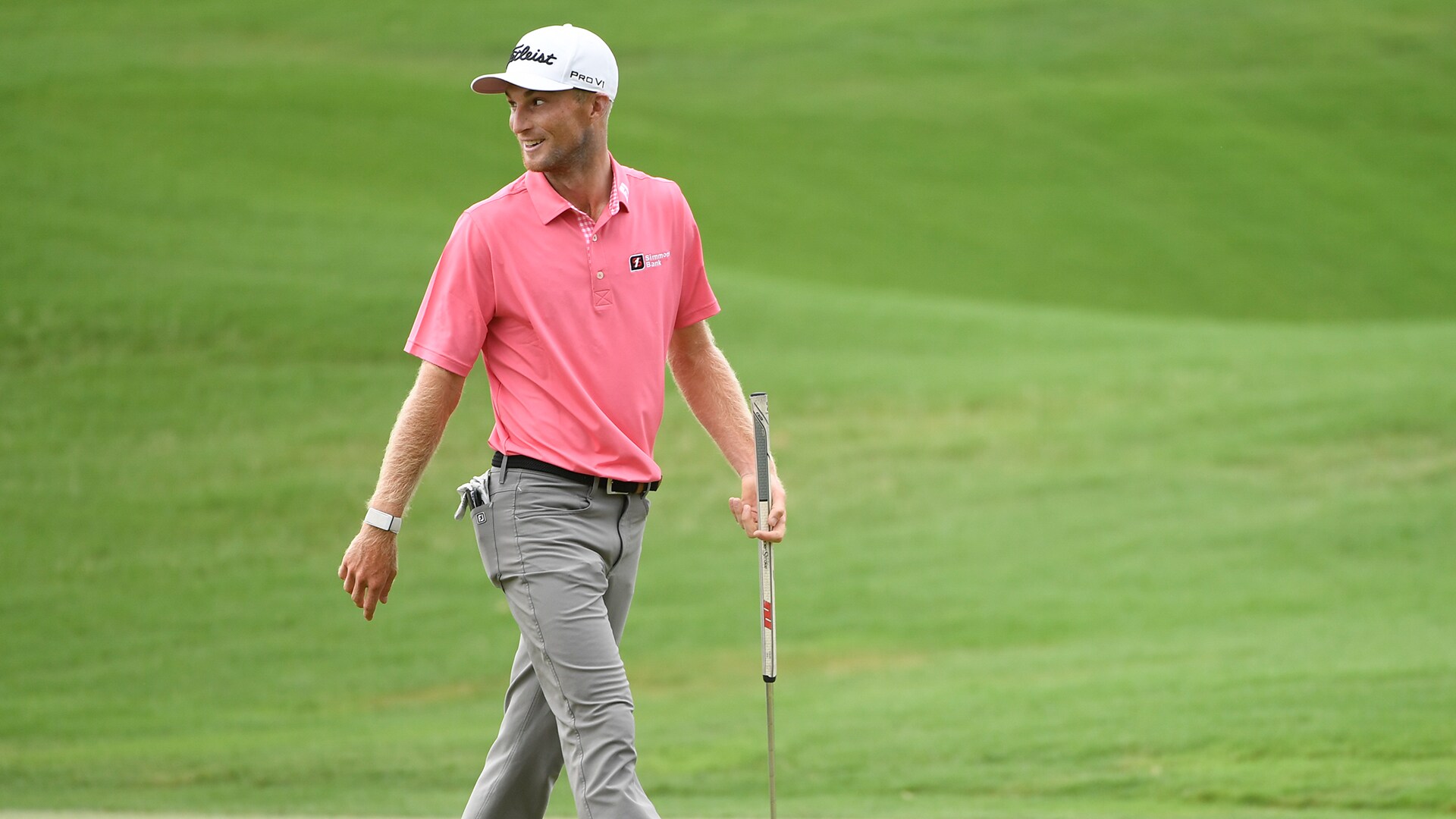 Will Zalatoris considers himself very fortunate.

As the coronavirus pandemic halted competitive golf around the world for nearly three months, Zalatoris wasn’t void of high-level competition. That’s because his home club, Maridoe Golf Club near Dallas, is filled with tour pros, golf legends and elite athletes.

Zalatoris estimates he played five times a week with former Dallas Cowboys quarterback Tony Romo, who has become a mentor to Zalatoris. Most days, Zalatoris’ roommate, Davis Riley, would join. (Riley, who Zalatoris beat in the U.S. Junior final almost six years ago, is already a winner on the Korn Ferry Tour this year.)

And then there’s the impromptu tips and words of advice from Hall of Famer Lee Trevino.

“I’m lucky to have guys like that,” Zalatoris said.

But what the 23-year-old Zalatoris still doesn’t have is a professional victory. That could change Sunday at TPC Sawgrass, where Zalatoris leads the Korn Ferry Challenge by a shot.

Zalatoris shot 5-under 65 Saturday at Dye’s Valley Course, and at 10 under he’s a shot clear of Tour members Joseph Bramlett and Luke List, and Lee Hodges and Chase Wright.

“I’ve shot 10 under the last three days on a pretty tough golf course,” said Zalatoris, who birdied six times in his third round. “I feel like every aspect of my game is clicking.”

After leaving Wake Forest midway through his senior year in 2018, Zalatoris spent his first year playing Tour events on sponsor invites. He missed most of his cuts but ended up getting his KFT card via Q-School that year. Last season, he failed to earn his Tour card, settling for another season on the KFT this year.

While a victory at the KFT’s first event back would vault Zalatoris from 18th to the top of the KFT points list, the Wake product knows it will still be a while before he can join Spieth and Maridoe’s other Tour pros at the next level. The pandemic caused the Tour to cancel promotion to the Tour this fall and extend the KFT season to the following fall.

Now, the only way for Zalatoris to expedite the process is to win three times.

Of course, in order to win three times, one has to win the first one. For Zalatoris, that could be Sunday.