Will Zalatoris on site at Presidents Cup, still rehabbing back injury 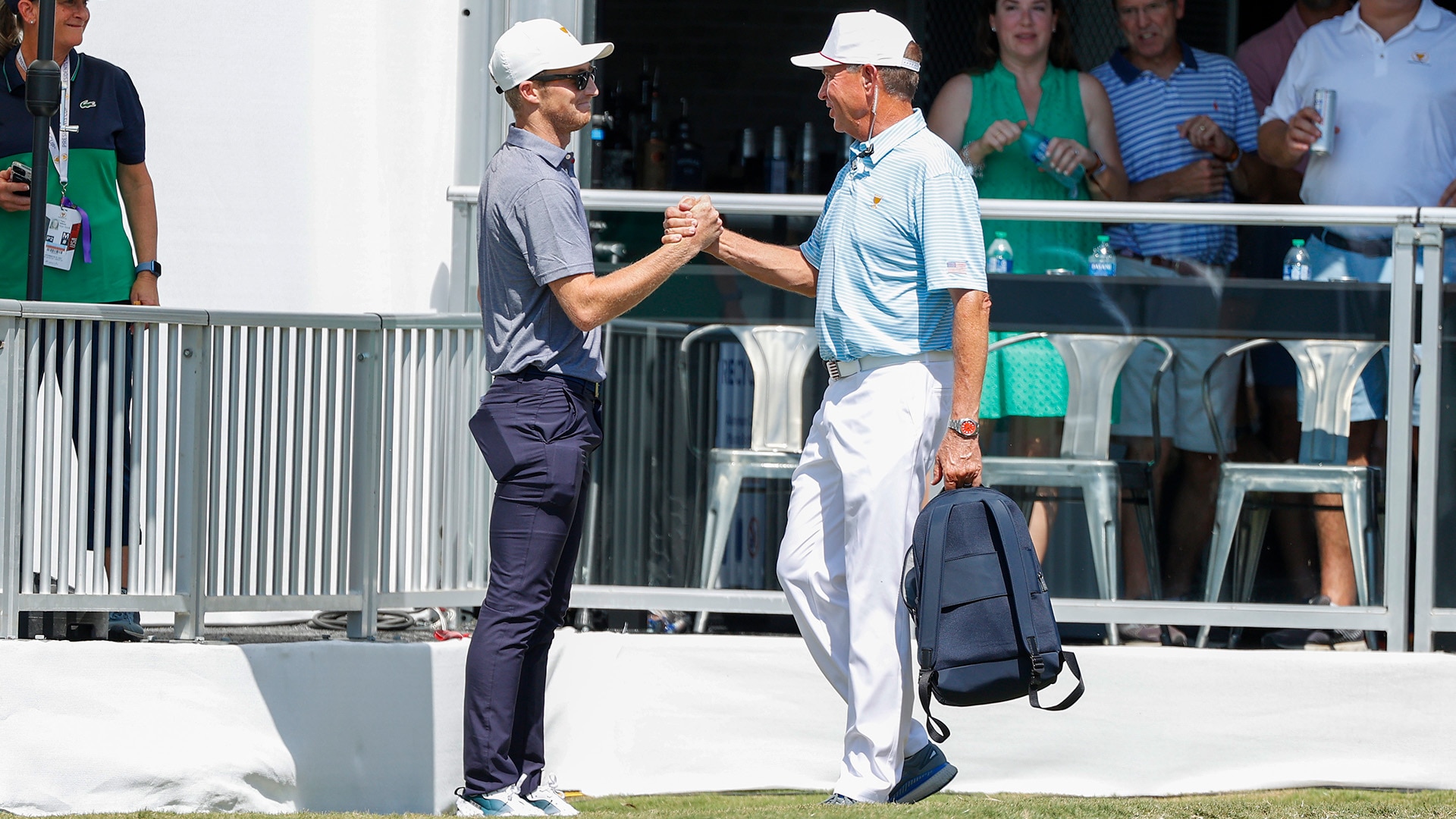 CHARLOTTE, N.C. – Will Zalatoris was inside the ropes Thursday at the Presidents Cup, but he didn’t have his clubs.

“This is like being hung by your toenails,” he said.

Zalatoris was a lock to make his first U.S. cup team this year but suffered a back injury last month that didn’t just knock him out of the FedExCup playoffs – potentially costing him a shot at $18 million – but also this week’s competition at Quail Hollow.

An MRI determined that the 26-year-old Texan had two herniated disks. He said Thursday that rebab is going well but that he’s still months away from competing again on Tour. He said that he is targeting the Hero World Challenge in early December.

Zalatoris was injured during the third round of the BMW Championship, played a week after he earned his first Tour title after a series of close calls. Entering the second leg of the playoffs, he was No. 1 in the FedExCup, poised to capture the massive end-of-season prize, but the withdrawal dropped him all the way to 30th – good for only $500,000 in bonus money.

Zalatoris sat seventh in the Presidents Cup points standings, just outside the automatic qualification, but was unable to play because of his injury. As a result, U.S. captain Davis Love III selected Kevin Kisner, who at No. 25 in the world was the lowest-ranked American. Kisner sat out the opening foursomes session but the Americans took a 4-1 lead over the Internationals into Day 2 play.