Wilson Furr, aka Prentiss’ brother, looks to top the charts at KFT Q-School 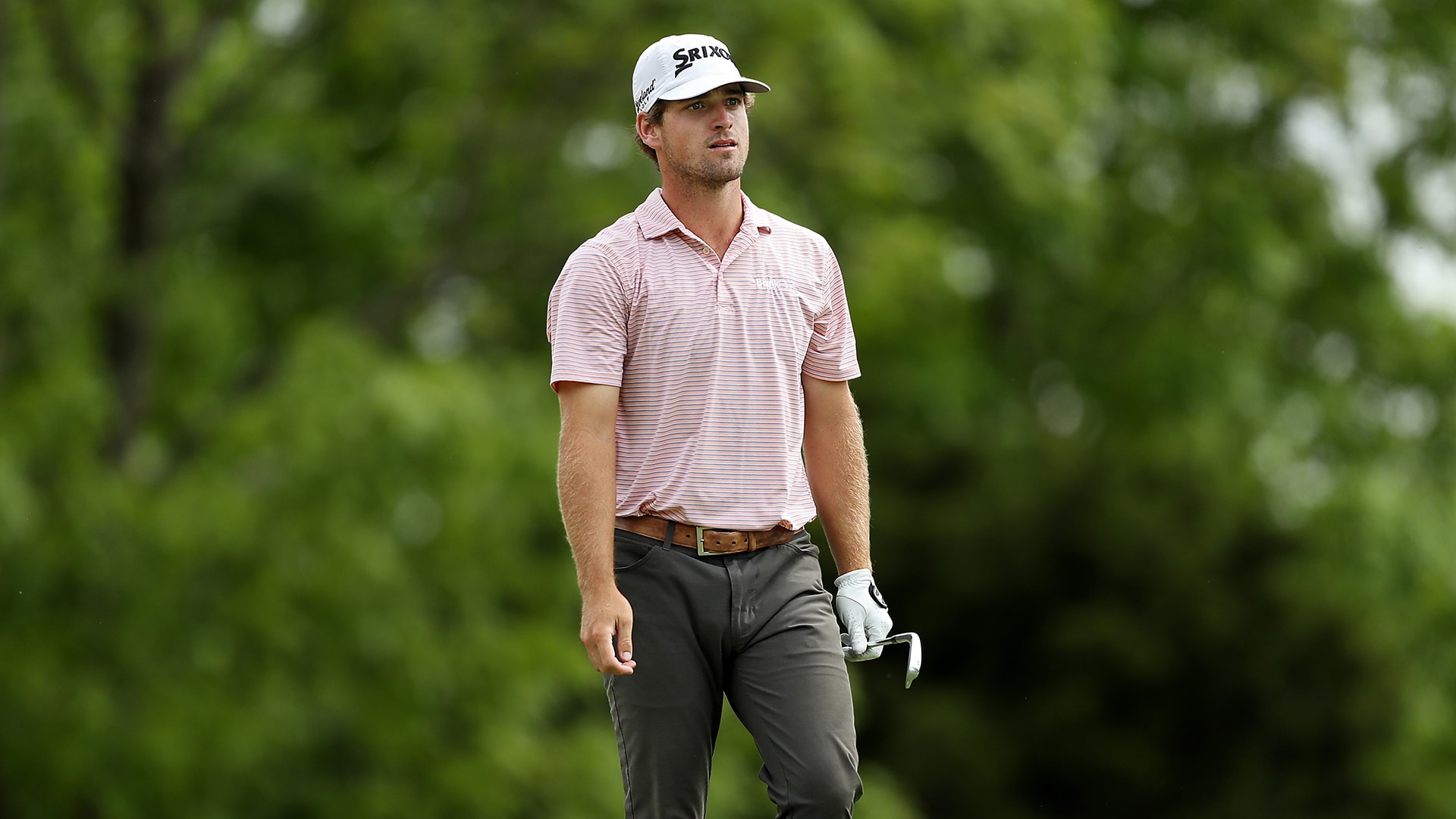 SAVANNAH, Ga. – It was arguably the most nervous Wilson Furr has ever been.

He’s had to grind for paychecks on the mini-tours and developmental circuits.

He’s made it through the pressure cooker that is second stage of Korn Ferry Tour Q-School, which secured his ticket to this week’s final stage at The Landings Club.

But none of that compares to singing on stage alongside his little brother, Prentiss, at a concert in Jackson, Mississippi, last April.

This wasn’t just a case of two brothers somehow getting called up to the mic.

No, the concert was headlined by Prentiss himself.

Prentiss Furr, just 15 years old, has seen his music career take off in the past two years. His song “October,” which helped him get discovered, has nearly 700,000 listens, and his Instagram follower count has skyrocketed to over 76,000 as he’s now signed onto Cinematic Music Group’s Geffen Records label. He’s already played Lollapalooza, been featured in Rolling Stone, GQ and the New York Times, and earned praise from the likes of Justin Bieber and Skrillex.

“It’s the coolest thing in the world,” Wilson says. “There’s nothing better than being called Prentiss’ brother. I’m proud of him. He just keeps pumping out good songs; I think they’re bangers, and so do a lot of other people.”

After years of being the star sibling of the Furr family – he has a sister, Hartwell, as well – Wilson has been delighted to take a backseat to Prentiss, who played junior golf like Wilson, an AJGA All-American and Junior Ryder Cupper, before his passions led him to pivot to music a few years ago. Prentiss has been busy of late, working on new songs and projects while taking online classes, but he has found time to support Wilson’s professional golf career, attending their hometown PGA Tour event, the Sanderson Farms Championship, earlier this fall after Wilson received a sponsor invite.

Prentiss has also been motivating, recently looking at the PGA Tour schedule and noticing that one stop is at Pebble Beach.

“Hmm, that’d be pretty sweet,” Prentiss told his older brother before matter-of-factly adding, “You need to get it together.”

Hence why Wilson is here this week in Savannah, looking to top the Q-School charts and continuing rising in the professional-golf ranks.

The older Furr turned pro last summer after a solid career at the University of Alabama and almost immediately qualified for the U.S. Open. But he still didn’t have status anywhere, bouncing around the mini-tours the rest of the summer, and last fall, he missed at second stage of Q-School by several shots.

And then there was the heartbreaking playoff loss in the Monday qualifier for the 2021 Sanderson, where Furr lipped out an eagle putt and proceeded to miss the comebacker.

Entering his first full year as a pro, his No. 1 goal was to earn his Korn Ferry Tour card. But if he wanted to make it in this sport, Furr, long a gifted driver of the ball, knew he need to fix his putting.

“I’ve been a pretty bad putter my whole life,” he says. “I always felt like [my putting] looked wrong. The line never looked straight.”

So, back in March, after hours researching options online, Furr discovered putting instructor Craig Farnsworth, a sports vision optometrist based in La Quinta, California, who is also known as “The Putt Doctor.” Farnsworth has worked with many Tour pros, including Dustin Johnson prior to Johnson winning the 2020 Masters.

Furr said that he and Farnsworth worked on his “visual accuracy,” and his putting has improved tenfold since college.

“He talks a lot about how putting is like driving; when you’re driving down the road, you stare at the road,” Furr explained. “When I was putting, I was staring at the trees and hoping to hit it down the road.”

Furr saw quick dividends, scoring an invite into the KFT’s Huntsville Championship in May, and tying for 31st. But he hit a snag over the summer on PGA Tour Canada, where he hit a bunch of 2-irons off tees, carded a ton of even-par rounds and missed five of seven cuts.

He then re-visited Farnsworth right before first stage in Mobile, Alabama, and now he finds himself with a KFT card in hand and a chance to earn guaranteed starts this week.

Needing to finish among the top 40 and ties to nab at least eight starts, Furr opened with rounds of 70-68 on a pair of tight layouts with out of bounds and penalty areas lurking everywhere. The first round at Marshwood, he got everything out of his C-game, and the second at Magnolia, it was a stripe show in which he couldn’t buy a putt on wacky greens.

But that’s golf, especially at Q-School.

“It’s the mental grind,” Furr says. “You know you can go shoot the scores, that’s not the hard part; it’s just doing it. That’s Q-School, you just gotta go do it.”

And not be scared.

Furr has built that fearless attitude through the years and cultivated it back home in Birmingham, Alabama, where he constantly is figuring out ways how to not lose money to PGA Tour winner Sepp Straka in Wolf.

When it comes to inspiration, he doesn’t have to look far, whether it’s on the range at Shoal Creek, home to several Tour pros, or the dinner table at the Furr household in Jackson, Mississippi.

Furr remembers one family dinner, Prentiss was on his phone when he asked him who he was texting. Prentiss, responded, “Justin Bieber.” He also recalls riding to a date party his senior year of college, pulling up Twitter and seeing a story about a 13-year-old who can really rap. “I’m like, ‘Who is that?’” Wilson recounts. “And then it was my little brother.”

“I knew the song was great,” Wilson adds. “But you never know that your little brother is going to be famous. You never know if he’s going to make it.”

Meanwhile, Wilson hopes for a similar breakthrough of his own.

Now, he just needs to let it sing.