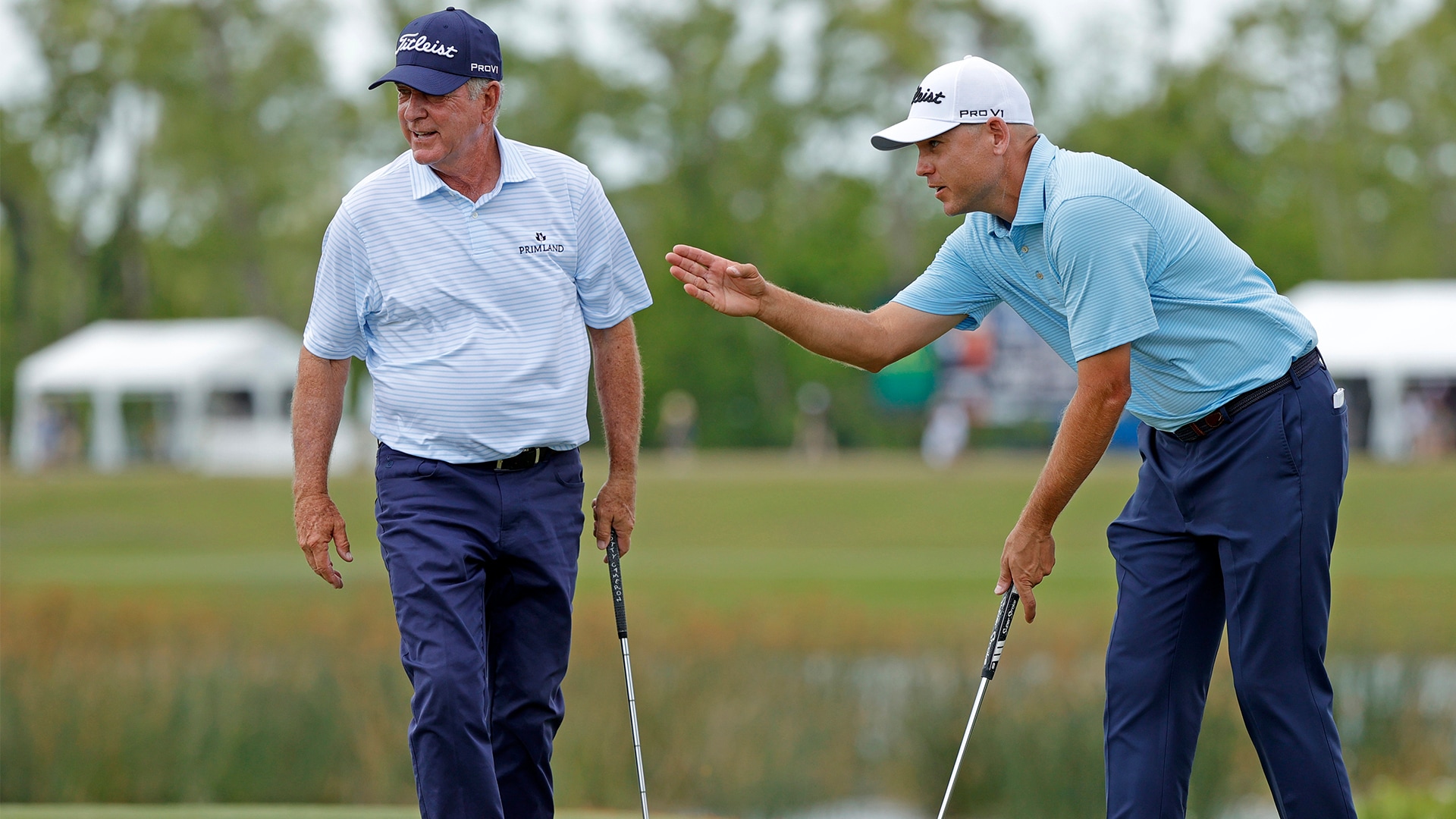 
AVONDALE, La. – Jay Haas made history Friday at the Zurich Classic alongside his son, Bill, but it wasn’t easy.

Clinging to an 8-under total that left the duo just inside the cut at the PGA Tour’s only official team event, the elder Haas calmly rolled in a 5-footer for par at the 18th hole to secure a spot in the weekend field and become the oldest player in Tour history to make the cut.

After consecutive 65s, the Jasons from Australia sit T-5 at 14 under, three shots behind the Zurich Classic’s lead.

“That was probably as nervous as I’ve ever been over a putt of that length certainly. It sounds silly just to have a chance to make the cut,” said Jay Haas, 68. “We had, not a big cushion but a cushion, and it didn’t feel like we had it made by any means, but to somehow shake that putt in on the last hole was something I’ll never forget.”

Jay Haas broke the record previously held by Sam Snead who made the cut in 1979 at the age of 67 years, 2 months and 23 days. Haas already leads the Tour with 591 cuts made in his career and is second behind Mark Brooks is on the all-time starts list with 799 events played.

Team Haas appeared to be cruising to the weekend when they moved to 10 under with a birdie at the 11th hole during Friday’s alternate-shot portion of the competition but they three-putted the 14th hole for bogey.

The stress continued at the 16th hole when Bill Haas converted a clutch 6-footer for par but he pulled his tee shot at the par-3 17th hole into a water hazard for another bogey to set up the drama on the final hole.

“I told myself walking up [to the 47-footer for birdie at the last], I said, let’s just get this thing down close and let’s tap it in and hopefully that’ll be good enough. I knew the cut was going to be close,” Bill Haas said. “It’s just hard when you’re trying so hard. It’s one of the hardest things to do in golf is to let that go and quit trying so hard and just execute. I was struggling out there to execute.”