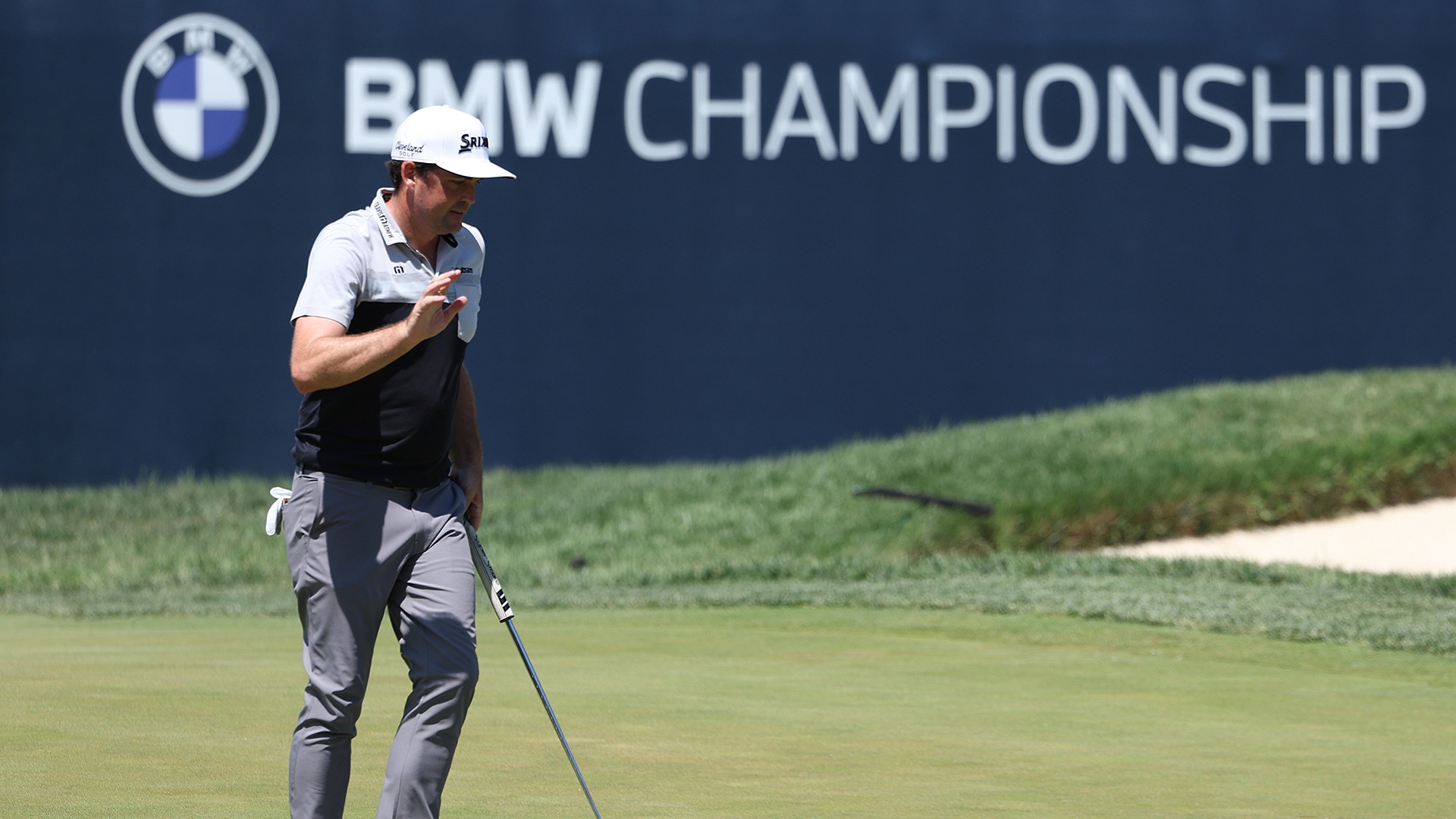 Standing 44th and 45th, respectively, in FedExCup points, Keegan Bradley and Adam Scott were paired in the opening round of the BMW Championship.

After signing their scorecards on Day 1 at Wilmington Country Club, they stood first and second on the leaderboard. Bradley shot 7-under 64 while Scott had a 65. They combined for 15 birdies and two bogeys.

“I think I was drafting off him,” Scott said. “He shot 6 under [on] the front and was running. Sometimes it’s good to see that and you can draft off each other, but also just to know that it’s really out there.”

A shot further back is Harold Varner III, who said he recently worked out some swing kinks with instructor Butch Harmon. He is 65th on the points list.

The goal, of course, is to crack the top 30 by week’s end and qualify for the Tour Championship. Varner needs at least a sixth-place finish this week to have a shot at making it to East Lake. Scott needs to finish at least 23rd and Bradley at least 28th.

For his part, the 18-hole clubhouse leader isn’t focused on the math.

“I never look to see what I have to do because whether I play in this tournament or Sony or any tournament, I always want to do the best I can, whether it’s 35th instead of 36th, or first, whatever it is,” Bradley said. “I never feel like that helps me, I feel like it hurts me, actually. But this is a good start, obviously.”

Shane Lowry, on the other hand, had Georgia on his mind Thursday. The Irishman is 37th in points and needs to finish at least 38th this week.

Qualifying for the playoff finale means more than just being able to play one more week. The field of 30 will compete for a $75 million purse, with $18 million going to the winner. Last place will pocket $500,000.

In addition to that, those who make the Tour Championship will earn spots in three of the four 2023 majors – the Masters, U.S. Open and The Open. They will also guarantee spots in The Players Championship and all the invitational events – such as the Arnold Palmer event and the Memorial – which have seen purses raised to $15 million to $25 million.

“I feel like coming here is no different than any event I play all year. I try to make it that way,” Bradley said. “Then come Sunday there’s a lot of ramifications for your career, for Atlanta, and I’m proud of the way I played today.”