↓ Skip to Main Content
Home › Blog › With much on line, BMW Ladies leader Atthaya Thitikul has eyes solely on prize

With much on line, BMW Ladies leader Atthaya Thitikul has eyes solely on prize 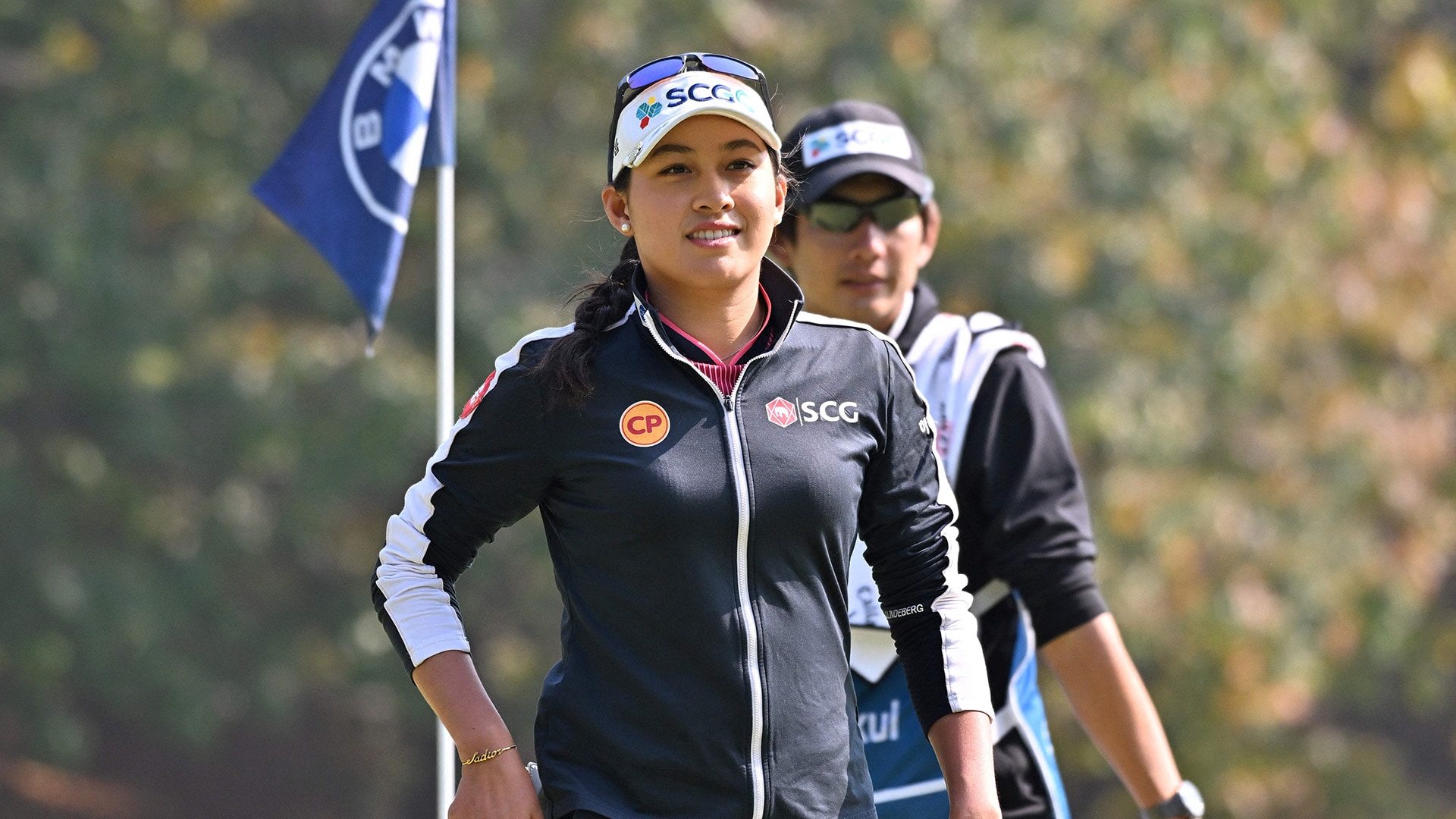 Much is on the line for Atthaya Thitikul on Sunday at the BMW Ladies Championship in South Korea.

She can take the lead in the LPGA’s Player of the Year race.

She can essentially lock up Rookie of the Year.

And she can dethrone Jin Young Ko as world No. 1.

Not that the 19-year-old Thai is concerned about any of that. As she takes a one-shot lead into the final round at Oak Valley Country Club, Thitikul has her eyes on the prize – literally.

“To be honest, I don’t really care about the ranking. I don’t really care to be like No. 1 in the world at all because I play golf because I want to take care of my family,” said Thitikul, who will collect $300,000 for a victory on Sunday. “I want to feed my family. Whatever I am is fine. Even my family, they have a good life already. Ranking is not that important for me for real.”

For those that do care, Thitikul can move to No. 1 in the Rolex Rankings by finishing solo fourth or better. Her path was made easier after Jin Young Ko withdrew Saturday after rounds of 80-79.

As far as awards go, Thitikul would pass Minjee Lee in the POY standings with a win, which comes with 30 points. Lee, who is 25 points clear, could keep her lead with a fifth-place finish. However, she is T-51 and 12 shots out of fifth. In the race for the Louise Suggs Award for top rookie, Thitikul is already 243 points ahead of Hye-Jin Choi, who is T-5 on the leaderboard and three shots back of Thitikul at 15 under.

Thitikul fired a 5-under 67 Saturday to take the lead from Andrea Lee, who now is tied for second with Lydia Ko, one shot back. Thitikul went bogey-free in Round 3 and played Nos. 12-15 in 5 under with three birdies and an eagle on the par-4 13th. If she wins, she’d also move to No. 1 in the Race to CME Globe, bumping Lydia Ko.

“It’s always been hard to be in the final group, but aside from that, it means your work is paying [off], as well. So, just keep doing your thing again,” Thitikul said. “You can be in contention every week, but you can’t win every week, so just do real solid, just do your best out there and enjoy the last 18 holes, then I’m heading back home.”

Following this week, just three events remain on the LPGA calendar, with Thitikul expected to easily qualify for the season-ending CME Group Tour Championship. The winner of that tournament earns $2 million.