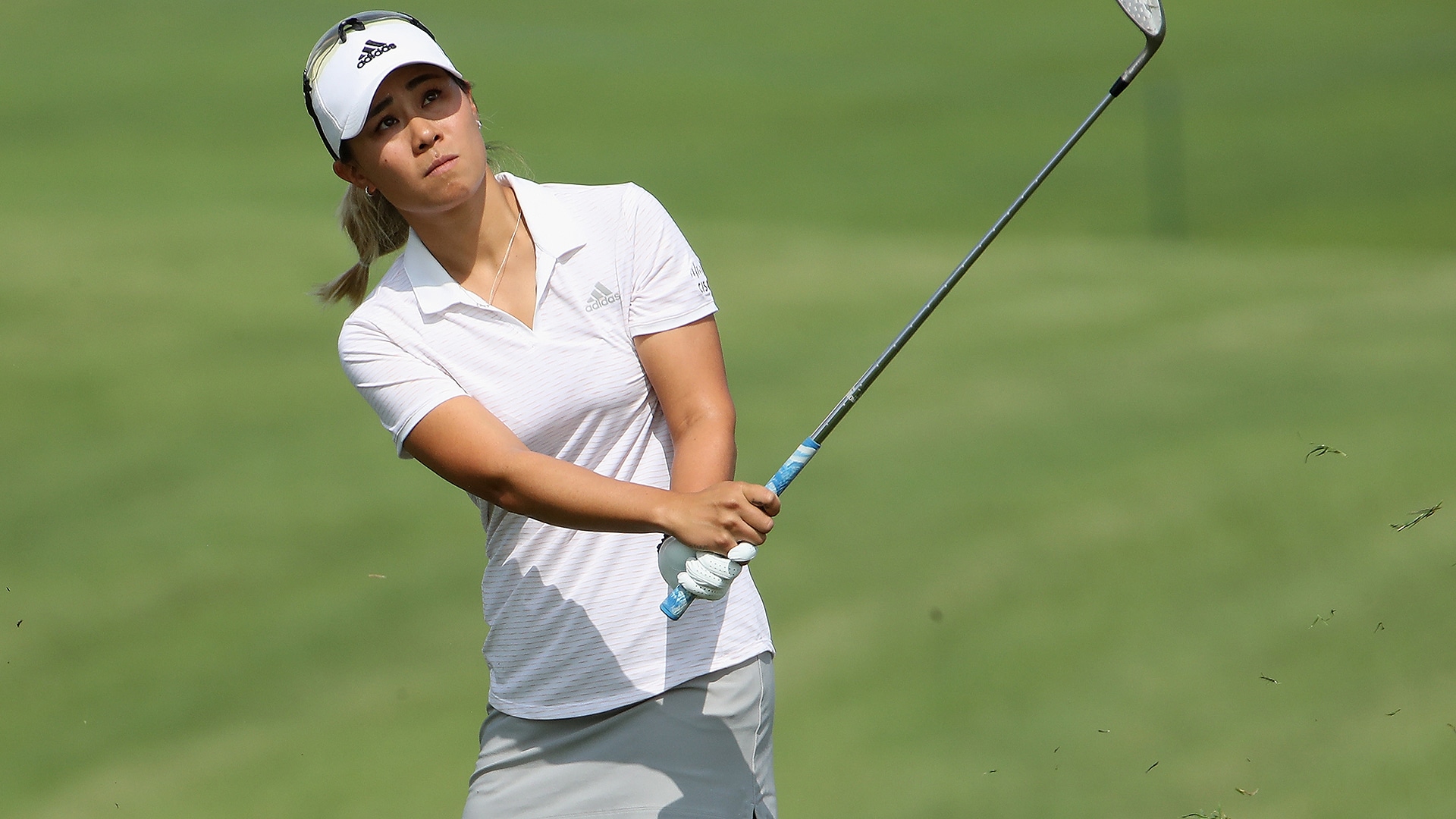 
RANCHO MIRAGE, Calif. – Danielle Kang beat the desert heat Thursday morning with birdies on all the par 5s and a 5-iron that was inches away from an ace, giving her a 4-under 68 and a share of the early lead in the ANA Inspiration.

Kang, who won two straight in Ohio when the LPGA Tour resumed after five months because of the COVID-19 pandemic, is projected to take over at No. 1 in the world with a victory in the second major of the year.

A late run of birdies gave Kang a tie for the lead with another former Women’s PGA champion, Brooke Henderson of Canada, along with Yu Liu of China and Kelly Tan of Malaysia.

Among the late starters were Nelly Korda and Sei Young Kim.

Early tee times typically are favorable because the greens are smooth and the wind is not as strong. This was more about the blazing heat, expected to top 100 degrees in the afternoon and only get hotter the rest of the week.

Henderson, who turned 23 on Thursday, had a solid but uneventful start and was even par through 10 holes when she made up ground quickly.

Her sister, Brittany, was among caddies who took advantage of a policy allowing them to drive carts because of the extreme heat. She was able to get to the tee shot and calculate numbers by the time Henderson arrived.

”Normally I would never agree to taking carts, but definitely under the circumstances with it being so hot out here, and I definitely felt like since the LPGA was allowing us to use them, it was definitely an advantage for us,” Henderson said without a trace of doubt.

Henderson played alongside Lexi Thompson, who lost momentum at the turn when she chose to lay up short of Poppie’s Pond with a front pin and then spun her wedge off the green into the water, leading to bogey. Thompson made a double bogey on par-4 sixth hole and scrambled for a 70 to stay in the mix.

The five players at 69 included two-time ANA Inspiration winner Brittany Lincicome, who drove it well and was helped by the fairways being thick from healthy Bermuda grass that keeps tee shots from running into the rough. The greens are firm enough under a hot sun that any shot out of the rough is nearly impossible to hold.

She carried an umbrella to shield her from the sun, and she wore a brace that was heavily taped around her left thumb to keep it from causing pain when he it moves backward. Lincicome said it has limited her practice – not that she has a reputation for grinding on the range – but she is swinging freely.

She mostly was happy about playing early because of the heat. She hasn’t played later than 8 a.m. during the practice rounds and used a cart. Players had to walk once the tournament began.

”Playing in the morning you have to take advantage of it because tomorrow, l think even par is going to be fantastic,” he said. ”A few greens today were releasing 20 yards already, and that’s only in the morning. Tomorrow I’m going to have to battle the heat, battle the firmness of the greens, and it’s going to be a little bit more challenging, for sure.”

Kang didn’t have a flawless day. Even with seven birdies, she was slowed by three-putt bogeys on the 14th, 16th and the first green after making the turn. On the last one, she missed from inside 3 feet on her par putt. Instead of getting angry, she figured out the problem and rolled it well the rest of the day.

On the fifth hole, she didn’t have to roll it much.

Kang drilled a 5-iron from 191 yards that landed in the middle of the green and rolled toward the pin. She had trouble seeing, but not hearing. A woman sitting on a hill by the green screamed out, ”Get in the hole!” Kang had no trouble identifying who it was.

”My mom,” she said. ”Yeah, this was the first time she got to come watch me play this entire year, so I’m really excited and happy about that.”

Her mother was excited, too, at least on that shot.

”She sometimes doesn’t even know if I made a birdie or not,” Kang said. ”She just keeps taking off. I tell her, ‘Can you just watch instead of running off to the next hole?”’

There was plenty to see, and a full week left as Kang tries to add another major and rise to No. 1 in the world.

Jin Young Ko, the No. 1 player and defending champion at the ANA Inspiration, is home in South Korea has not played an LPGA event this year as she sits out the COVID-19 pandemic, playing only three times on the Korean LPGA.

Doug Ferguson is a golf writer for The Associated Press.