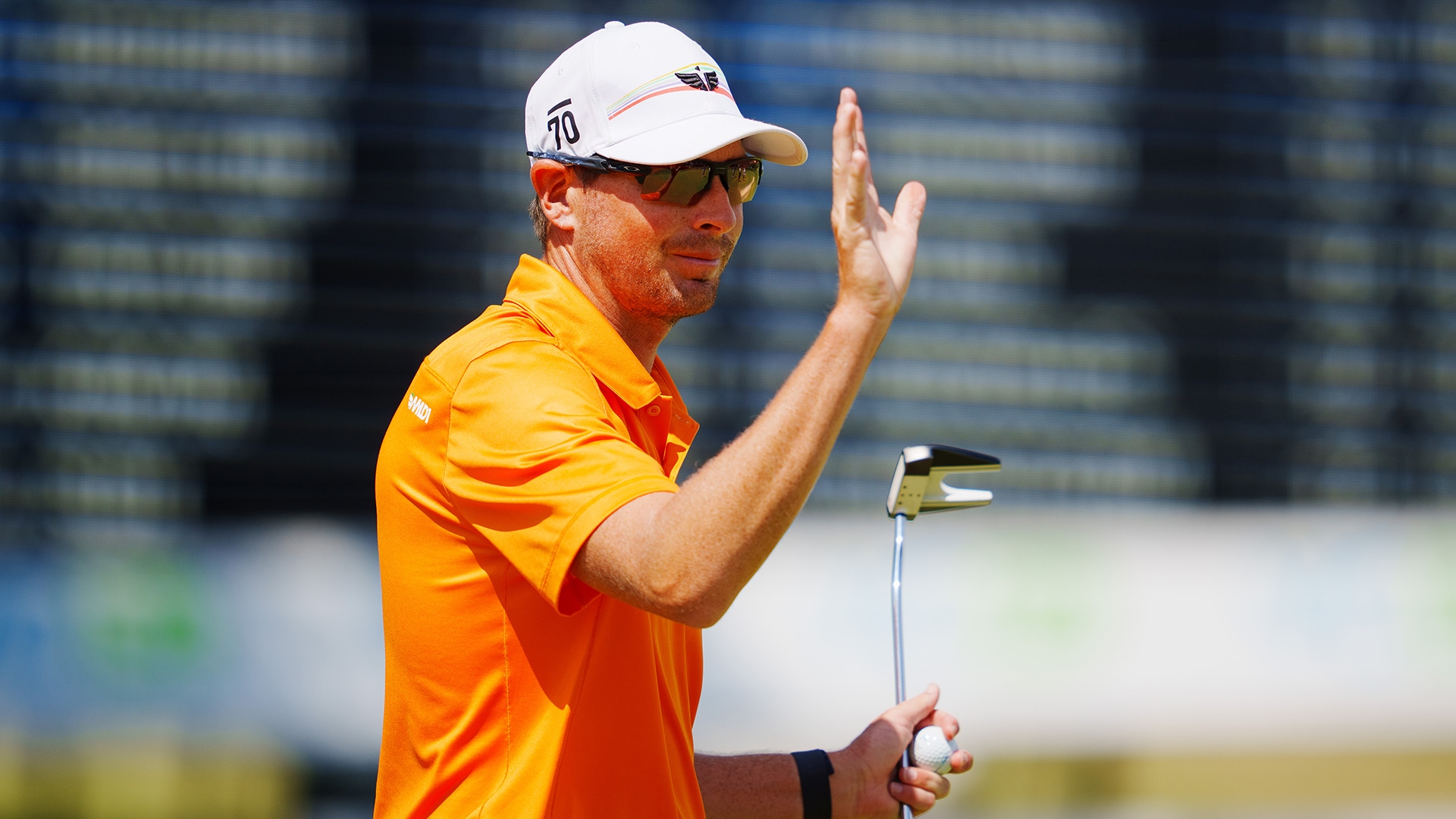 A spot in next summer’s Open Championship was secured on Sunday in Argentina.

Zack Fischer, a Korn Ferry Tour member playing in his first PGA Tour Latinoamerica event, won the Visa Argentine Open by a shot at Nordelta Golf Club in Buenos Aires to earn an exemption into the 2023 Open at Royal Liverpool.

“I’m just over the moon right now,” said Fischer, who will be making his major-championship debut July 20-23 in England.

Fischer shot 4-under 68 in the final round to edge Sweden’s Linus Lilliedahl as the two broke away from the field; the next closest competitors were Myles Creighton and Santiago Bauni at 12 under, six back of Fischer. Fischer’s win was capped by a two-putt par from nearly 50 feet while Lilliedahl nearly chipped in for birdie that would’ve forced a playoff before sinking an 18-footer for his par.

“To make his putt to make me make my putt, that was too much pressure, for sure,” said Fischer, who not-so-calmly rolled in the 4-footer. “It was an amazing feeling when it dropped in the hole.”

Fischer has played a lot of his professional golf on the Korn Ferry Tour, where he’s made 116 career starts and posted a trio of top-3 finishes. He also was Q-School medalist in both 2013 and 2021. But he’s yet to earn his PGA Tour card, logging only eight career starts on the big tour.

When he lost his KFT card in 2017, Fischer went four years without status before returning to the developmental tour full-time this past season. During that span in which Fischer played just four KFT events, Fischer battled through some rough moments, with his game, both physical and mental, and financially. He talked last year about how his wife of now eight years, Kaitlin, worked several jobs to help the couple make ends meet while Fischer chased his pro-golf dreams. When the couple had their first child, daughter Hallie, in February 2021, Kaitlin was employed as a graphic designer and wedding videographer while also taking classes to become a courts reporter.

“Honestly, I don’t know how she keeps supporting me through it,” Fischer said. “There have been some pretty tough times, because golf can literally put you in a rubber room and just make you a miserable person, and her just constantly being there and loving on me constantly – that’s another job that she has.”

Fischer battled a cracked driver and sinus infection during his run through Q-School last year, and he finished No. 36 in points in his return to the KFT this year thanks to four top-10s in 23 starts.

The new KFT season doesn’t begin until January, so why not attempt to score a major invite until then.