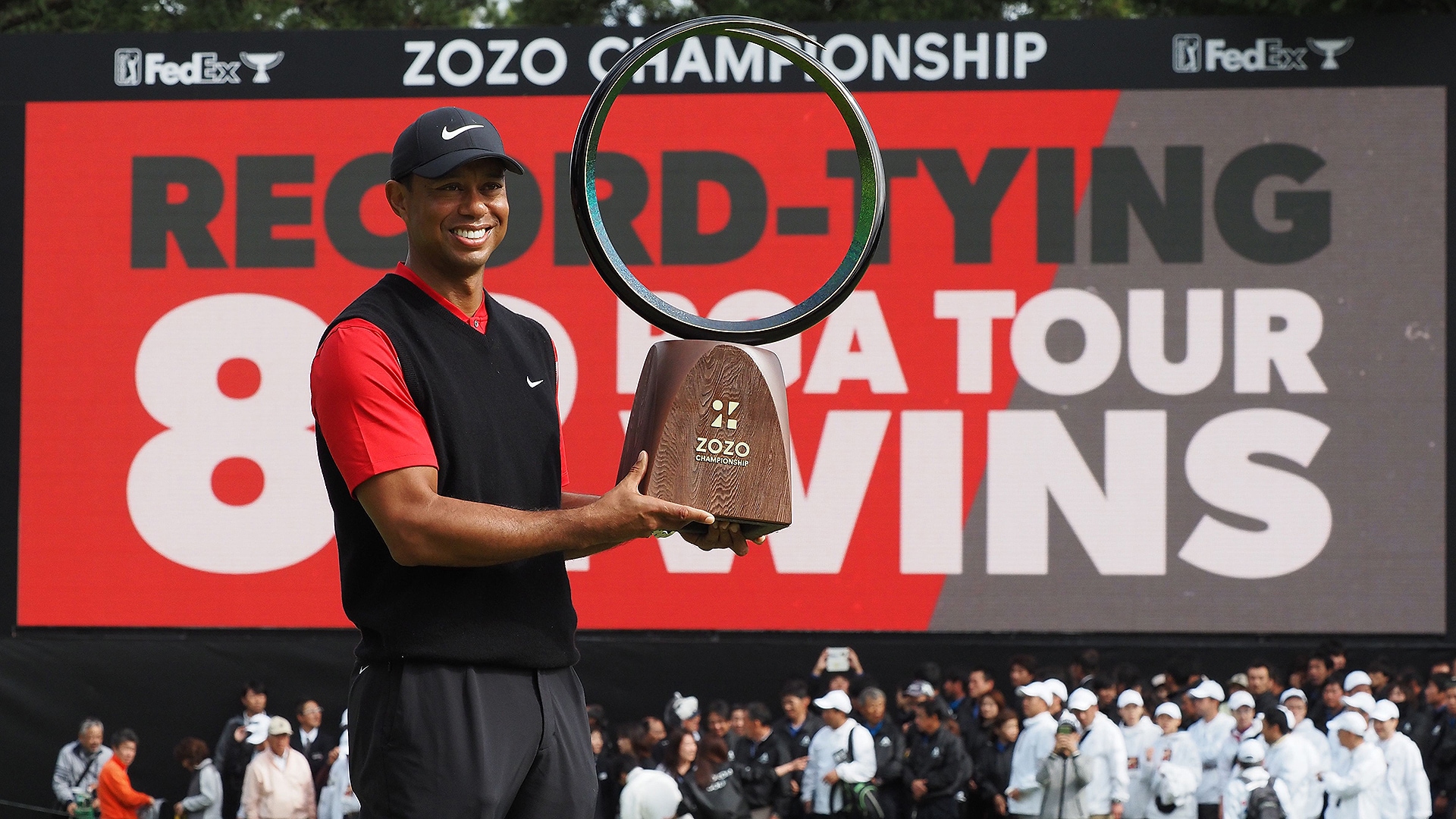 
Baby steps into the new season, it’s time for the PGA Tour to host its lone event in Japan — the Zozo Championship.

Here’s five things you need to know — from Hideki Matsuyama to Xander Schauffele to Tiger Woods — for this year’s tournament at Accordia Golf Narashino Country Club.

The 78-player, no-cut event boasts some of the game’s top names.

However, there are a bevy of underdogs who can finish this week with 500 FedExCup points and $1.9 million from the $11 million purse, such as nine of the top 10 players on the current Japan Golf Tour money list.

Who are the players primed to challenge Hideki Matsuyama in his title defense at the Zozo Championship?

Matsuyama didn’t feel like he was playing his best during his final-round 65 in last year’s Zozo. However, he fed off the home fans en route to a five-stroke victory.

“I was the only Japanese player contending and was up on the leaderboard,” he said shortly after his win. “To be honest, there were some pressures to deal with, but I’m glad I was able to convert that to positives.”

A year later, Matsuyama, the first player from Japan to win a major (2021 Masters), is looking to use the home crowd to his advantage again and become the first-ever player to successfully defend their Zozo title.

The world No. 19 was the highest-ranked Asian player until last week when Tom Kim (No. 15) jumped Matsuyama in the world rankings after winning at TPC Summerlin.

Tiger meets Snead at the top

Last week, for the Vegas event, we talked about Tiger Woods’ first win. This week, it’s his most recent.

At the inaugural Zozo Championship in 2019, Woods, six months after his Masters triumph, won his 82nd PGA Tour title.

With that victory, Woods tied Sam Snead for the most Tour wins of all time. Snead’s last Tour victory came at the 1965 Greater Greensboro Open.

It was Woods’ first start since that year’s FedExCup playoffs. Shortly after the BMW Championship, Woods underwent arthroscopic surgery to repair minor ligament damage in his left knee.

Woods started the tournament with three straight bogeys, but put on a ball-striking clinic from then on and shared the lead after every round. In a Monday finish (Round 2 was washed out due to almost 10 inches of rain from a typhoon), Woods edged out hometown hero Matsuyama for an unexpected and historic victory.

“To have won this tournament in Japan, it’s just so ironic because I’ve always been a global player,” Woods said afterward. “I’ve always played all around the world and to tie the record outside the United States is pretty cool.”

Woods is still looking for win No. 83. 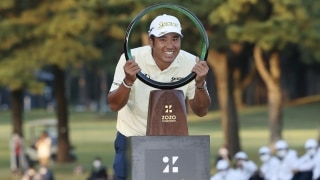 Here’s how you can access live streams to Golf Channel’s coverage this week across the world of golf.

Xander’s home away from home

Schauffele’s roots in Japan run deep, on and off the course.

Let’s start off the course. Though Schauffele is American, his mother was born in Taiwan and raised in Japan (his father is German). His wife, Maya, was born on Japan’s southern island of Okinawa, and her mother is from Miyakojima, a small island off the Okinawa coast.

And this week, he’s taking advantage of being on the same side of the world as many of his extended family.

“I’ve already got a big dinner planned with a lot of family,” Schauffele said Tuesday. “I think there’s going to be probably roughly 30 of us is what I’ve heard. It will be nice to see all my grandparents, my uncles, aunts and my cousins.”

Then, after the tournament, the 28-year-old will fly to Miyakojima for a few days to meet his wife’s grandparents for the first time.

Meanwhile, on the course, Schauffele claimed arguably his signature win — the gold medal at the 2020 Tokyo Olympics — at Kasumigaseki CC, roughly 40 miles from Narashino CC.

Now, this week’s betting favorite hopes to notch another victory in his family’s homeland.

Narashino CC is located on the eastern coast of Japan in Chiba, 30 miles northeast of Tokyo.

The Zozo Championship’s layout is a composite course with holes from both the King and Queen courses, which were both designed by Kinya Fujita and opened in November 1965.

Seve Ballesteros, Bill Rodgers, Larry Nelson and Masashi Ozaki have all won on Narashino’s greens, along with Woods and Matsuyama.