Alex Price, No. 1,212 in the world, likes being the the U.S. Amateur’s underdog story 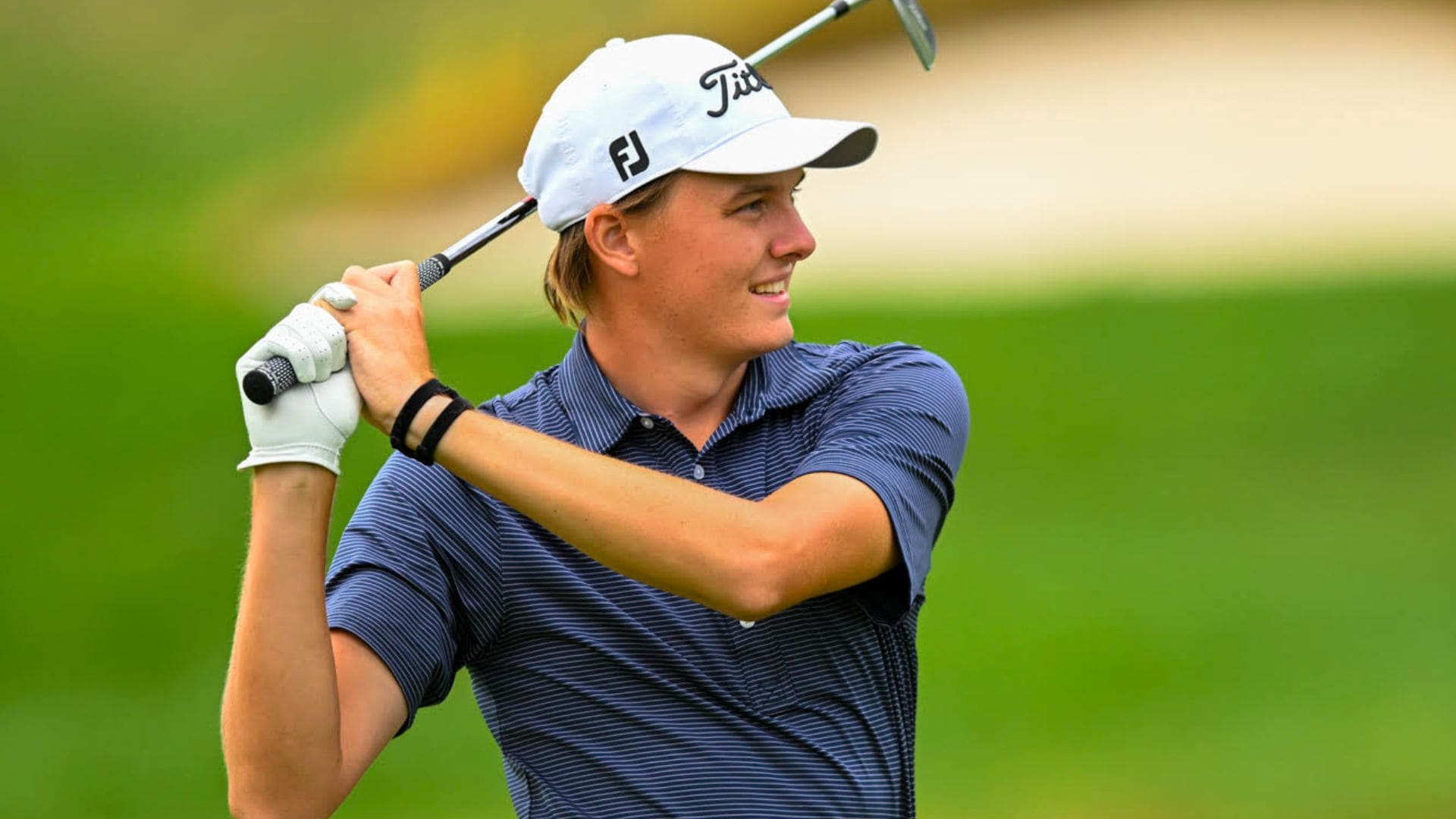 PARAMUS, N.J. — The price is right for Alex Price to be the U.S. Amateur’s underdog story.

Aside from defeating the reigning U.S. Junior Amateur champion, Wenyi Ding, in the Round of 64 after 23 holes, Price, who’s No. 1,212 in the World Amateur Golf Ranking, is also dealing with a back injury, is the only Division III player left in the field and for many years was solely focused on his slap shot — not his golf swing.

Price’s goal this week was just to make it out of stroke play. But he knew it wasn’t going to be easy — for multiple reasons. Firstly, his back.

“I was playing horrible from probably April to late May to early June,” Price said after his round. “It was the worst golf I’ve played in the last two years. Just hitting irons everywhere, couldn’t keep drivers, couldn’t make a putt. Then just right before the Virginia State Open, my game started feeling better and then it started coming out, and my game was feeling pretty much as good as it ever has about a week and a half ago, and then my back flared up, and from there it’s been rest.”

Luckily for Price, a 21-year-old rising senior at Christopher Newport University, his injury started to ease up at the perfect time.

“It got better going into stroke play,” he said. “And it’s a little bit better now than it was in stroke play. The only thing it really affects is my driver. I’m just 15-20 yards shorter than I usually am right now. I don’t feel like I’m keeping balls in play like I usually do, but other than that, game feels good.”

And his game was satisfactory enough to hold off Ding for the victory, despite blowing a late lead and needing the extra session. Ironically, though, an injury was what brought Price back to golf.

Price played in the U.S. Kids World Golf Championship when he was 6 years old. Two years later, he gave up golf and picked up hockey, a sport he loved from the moment he could walk. But after the sport roughed him up several times, he left the ice for the links.

“It was like three bad injuries in the span of a year, and I just kind of told myself, I’m not going through that again at all costs,” he said. “I had already had a decent (golf) game. I wasn’t very good as a 14-, 15-year-old, but I had a good swing, and I knew I could go places or do cool things in this game. Quickly fell back in love with it.”

It only progressed from there.

“I wasn’t that good at this game when I was 17,” he said. “Obviously, I was solid and I had some good tournaments and some wins, but certainly wasn’t near the level that everybody else in this field was pretty much at 17 and 18. I wasn’t there. I didn’t get those (Division I) offers.

At Ridgewood Country Club, against many of the nation’s top collegiate golfers and possibly future stars on the PGA Tour, Price has proved he belongs, despite some bumps in the road. And he wouldn’t have it any other way.

“I like being the underdog,” he said. “I like having me be the only person, and my family of course, who really knows I’m the only one that can do it — can come out here and drag them out and win a U.S. Am. Even though it’s my first one.”