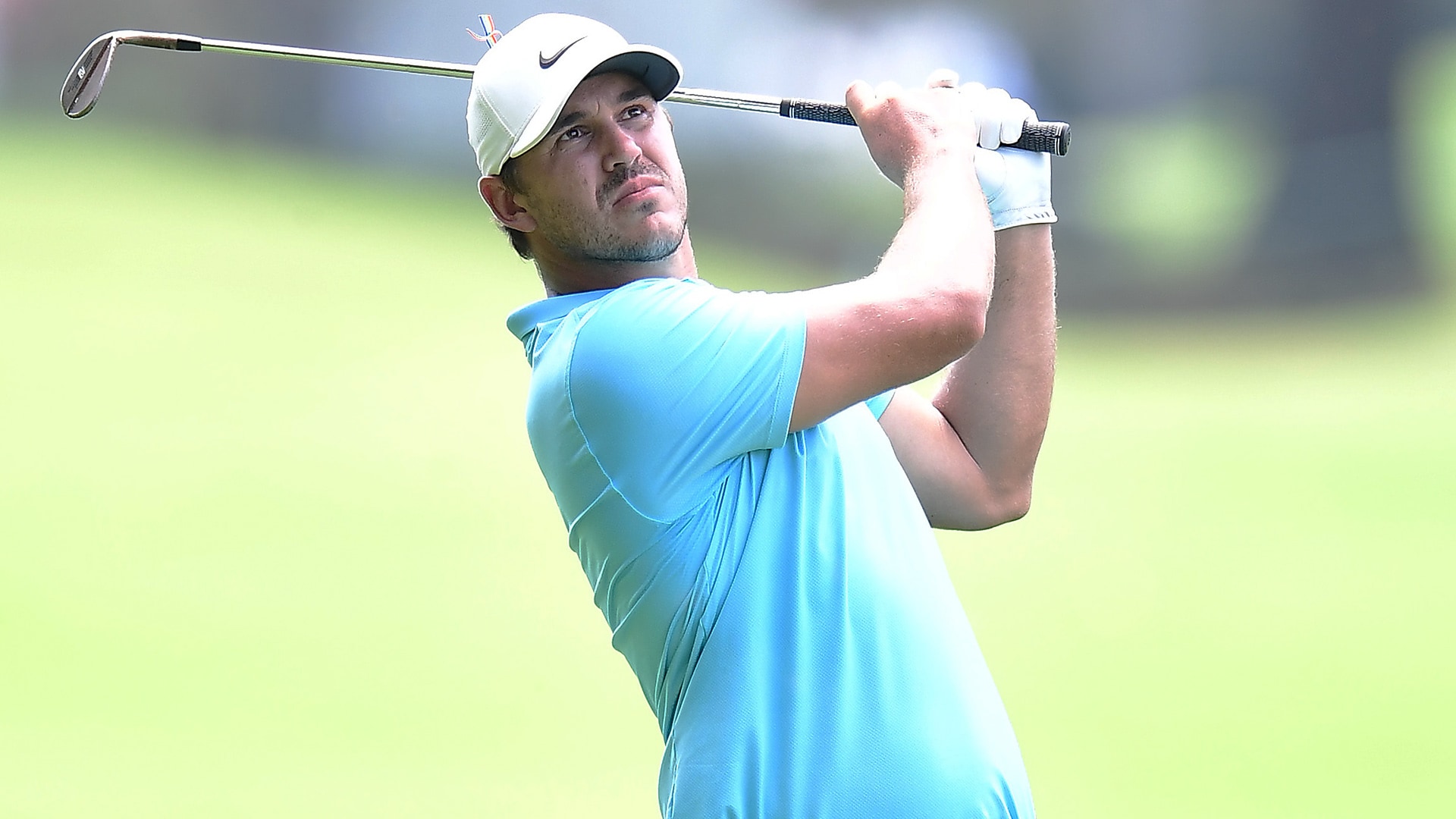 
The PGA Tour is back in Memphis, and Brooks Koepka is suddenly back atop the leaderboard. Here’s how things look after the opening round of the WGC-FedEx St. Jude Invitational, where Koepka tied his career low on a course where he won a year ago:

What it means: Koepka has been in the midst of a prolonged drought, with just one top-10 finish since last year’s Tour Championship and with next month’s playoffs in serious doubt. But he bounced back in a big way Thursday at TPC Southwind, carding birdies on each of his first four holes en route to tying his career low round on Tour. He leads by two over Fowler, another big American name in need of a big result, and just might generate a little extra momentum heading into next week’s marquee title defense at TPC Harding Park.

Brooks Koepka is back in Memphis, site of his most-recent victory a year ago, and is presented with a chance for his career-worst slump to come full circle.

Round of the day: Koepka won this event a year ago, holding off Rory McIlroy and Webb Simpson, and he showed some of the same form en route to an opening-round 62. Koepka’s hot start included birdies on Nos. 1-4 and six birdies across a front-nine 30, and he didn’t slow down on the back nine. He tallied a total of nine birdies on the day, and the 62 represents his lowest score on Tour since the 2016 Shriners Hospitals for Children Open.

Best of the rest: Fowler has been relatively quiet since the break and hasn’t posted a top-10 finish since Palm Springs in January. But he opened with a 6-under 64, dropping his only shot on his final hole of the day. Fowler started on the back nine but made his move on the front side, with four birdies in a seven-hole stretch from Nos. 2-8 to post his lowest score since the Tour returned to competition last month.

Biggest disappointment: There are still three rounds to go, but McIlroy appears unlikely to make an appearance in Sunday’s final pairing for the second year in a row. Still in search of his first top-10 finish since the break, McIlroy stumbled to a 3-over 73 that left him ahead of only a handful of players among the 78-man field. Three straight bogeys on Nos. 4-6 derailed his round, as McIlroy didn’t make a birdie until his 16th hole of the day and would have been in even worse shape were it not for birdies on two of his final three holes.

Main storyline heading into Friday: All eyes are on the defending champ. Koepka has dealt with a nagging knee injury and mediocre results for much of the year, but with a major championship around the corner he is showing some form to no one’s surprise. While one round a comeback does not make, it’s a promising sign for Koepka during a pivotal week given he remains well outside the top-125 cutoff to even qualify for the playoffs. Another strong round (or three) could put him in position to successfully defend his title in Memphis and once again establish himself as one of the favorites next week in San Francisco.

Shot of the day: Fowler was off the green on the par-3 eighth but managed to pitch in from the fringe for an unexpected birdie. It was his seventh and final birdie on the day.

Quote of the day: “It’s clicking. Like I said earlier in the week, it feels like I’m back to normal.” -Koepka