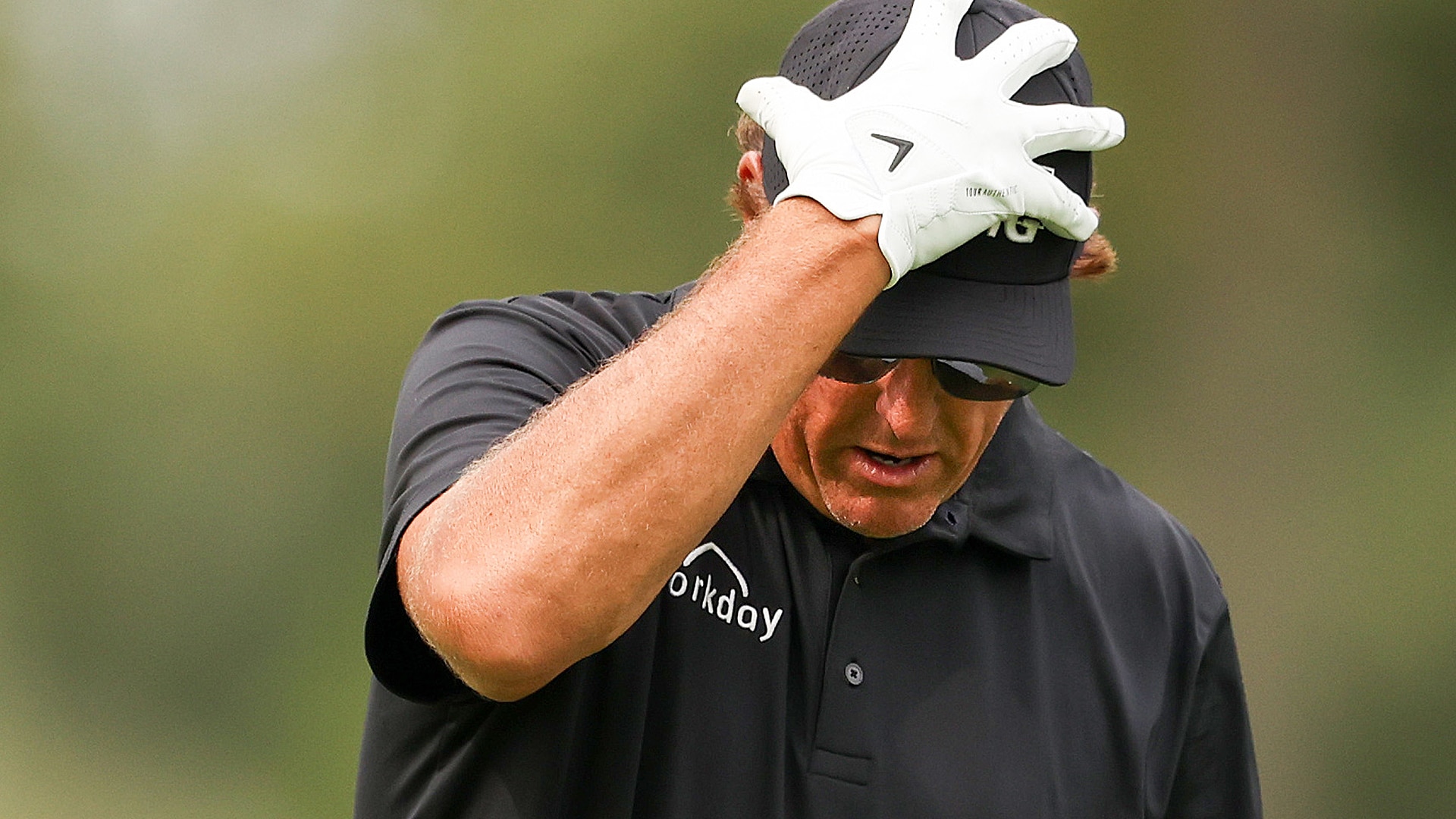 Despite making birdie on the first two holes, Mickelson limped home with an opening 79 at the U.S. Open, ending his chances of capturing the final leg of the career Grand Slam this year.

Only two players had a worse first-round score.

“I don’t know what to say, it’s a disappointing day,” Mickelson said afterward. “I drove it poorly and I putted poorly. The course couldn’t be set up any better. It’s a spectacular golf course, great design, awesome setup, and I thought it was a good opportunity to score low today. I just played terrible.”

Much like that fateful Sunday afternoon at Winged Foot in 2006, when he blew a one-shot lead on the 72nd hole, Mickelson struggled mightily to keep the ball in play. Even though he added loft to his driver, planned to use more 3-woods and vowed to swing easier, he hit only two of 14 fairways – just as he did in the final round in ’06.

The erratic driving continued a trend for Mickelson, who found just 21% of the fairways last week at the Safeway Open. Prior to that, he bashed away on the generous fairways of a PGA Tour Champions event, which he won in his senior debut.

Mickelson’s opening 79 matched his highest first-round score in a major since the 2017 PGA. It was his highest score in any major round since he shot 81 in the third round of the U.S. Open, when he infamously hit a moving ball on the green at Shinnecock Hills.

Asked if there’s anything he can do to turn it around Friday, Mickelson said: “I’m 9 over. I’ll play as hard as I can tomorrow and enjoy the round.”