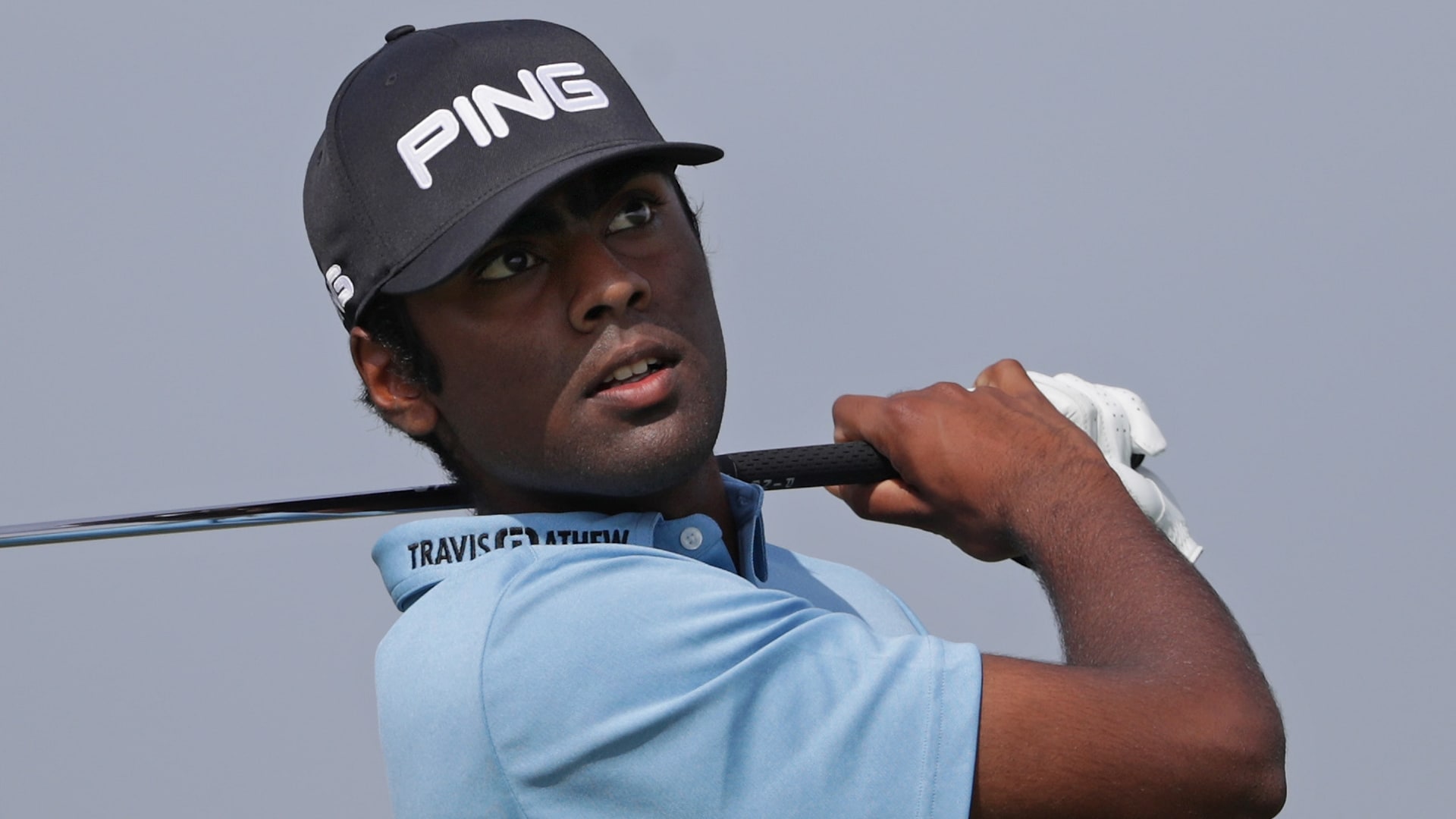 
Sahith Theegala’s amateur career may be over, but the awards continue to roll in.

After capping his five-year Pepperdine career with GCAA first-team All-America honors and a Fred Haskins Award, Theegala took home the Ben Hogan Award on Tuesday night in Fort Worth, Texas.

The Hogan Award is voted on by a 30-man committee comprised of experts in amateur, college and professional golf, and goes to the top men’s college player taking into account all amateur competition in the past 12 months. Theegala was announced as the recipient over other finalists, Vanderbilt’s John Augenstein and Florida’s Ricky Castillo, in a black-tie banquet at Colonial Country Club.

Theegala, who also is the favorite to win the Jack Nicklaus Award next month at Memorial, finished his shortened final season as the top-ranked player in the Golfstat rankings. He won twice, at the Alister Mackenzie Invitational and Southwestern Invitational, and added four other top-6 finishes before his college career was cut short because of the coronavirus pandemic. In amateur competition, Theegala won the Sahalee Players Amateur and SCGA Amateur last summer and captured the Australian Master of the Amateurs in December, while also qualifying for match play at the U.S. Amateur and Western Amateur.

Sahith Theegala’s Pepperdine career may be over, but at least he and the Waves went out on top, albeit not how they had originally dreamed.

The Chino Hills, California, native headed to Chandler, Arizona, for his pro debut, at the Outlaw Tour’s Lone Tree Classic, where he opened in 62 and eventually tied for third. His first check amounted to $1,850.

He has already accepted a sponsor exemption into next month’s Rocket Mortgage Classic, which will mark his PGA Tour debut as a pro.

Augenstein will have one more chance to win the Hogan Award next year, as he opted to return to Vanderbilt for an extra year. He won just once as a senior, though he finished the season ranked second in Golfstat and garnered first-team All-America honors. He also is ranked second in Scratch Players. His credentials included a runner-up showing at the U.S. Amateur last summer and a 2-1-1 record at the 2019 Walker Cup, where he earned the clinching point at Royal Liverpool.

Castillo is entering his sophomore season at Florida. He won twice in his debut campaign and earned the Phil Mickelson Award as the nation’s top freshman. Also a first-team All-American, Castillo was spectacular in amateur match-play competitions last summer, reaching the semifinals of the Western Amateur, quarterfinals at the North and South Amateur and Round of 16 at the U.S. Amateur.