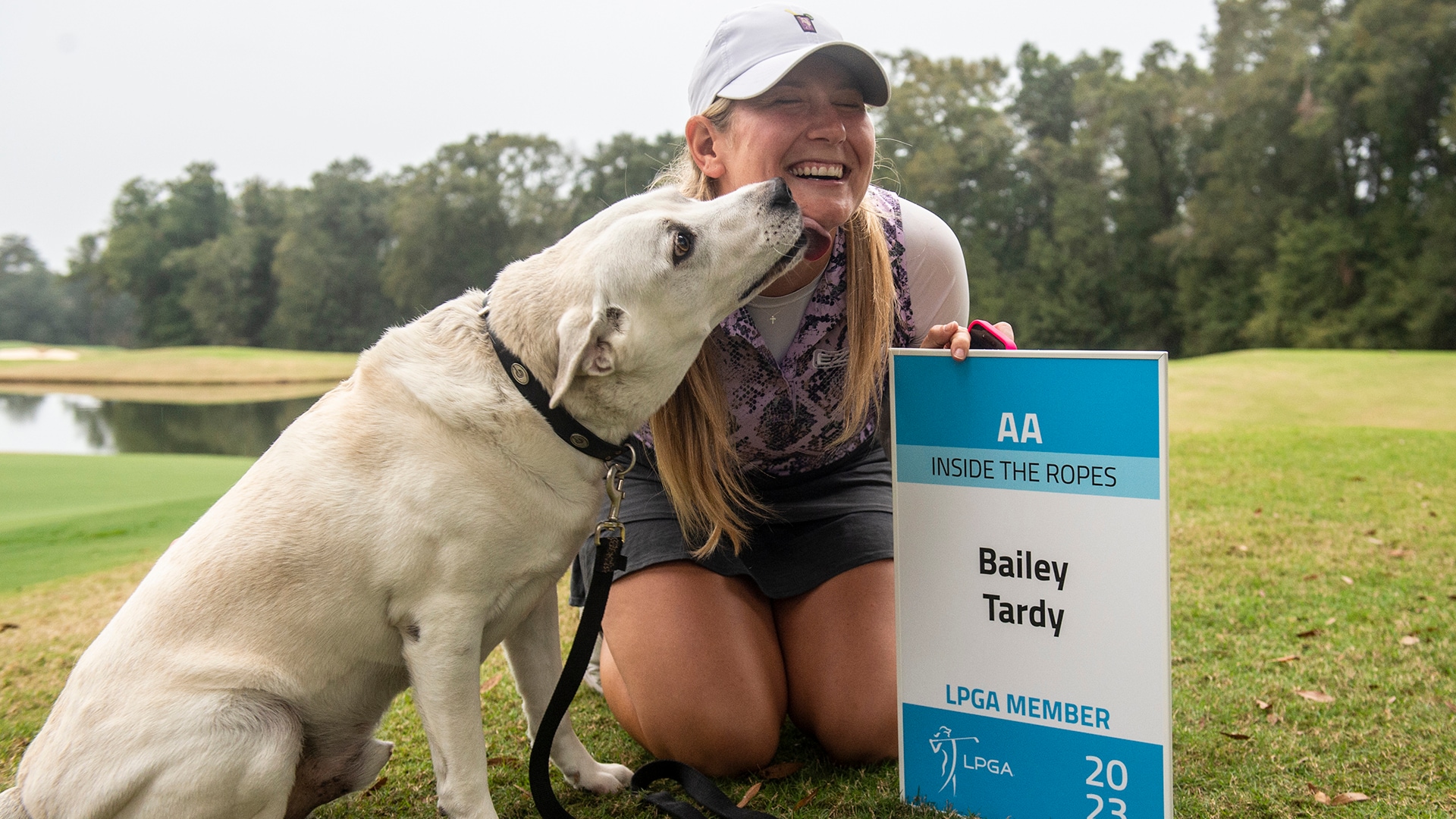 With the deadline to sign up for LPGA Q-School looming, Bailey Tardy thought she had made up her mind: She was passing.

Twice in three years, Tardy had come excruciatingly close to earning her LPGA card through the tour’s development circuit, the Epson Tour, so the thought of going back to Q-School – and potentially falling short again – wasn’t exactly appealing to the 26-year-old University of Georgia product. Taking some time off seemed like the better option.

“I didn’t want to come to Q-School at all,” Tardy said. “Even at the beginning of the year, I told everyone, ‘I’m not going to Q-School. I’m not doing it. That’s not what I want to do.’”

With a little nudging from her coach, Tardy entered the second stage of Q-School … with 15 minutes to spare. She was used to being on razor’s edge, only this time she found herself on the right side of the cutoff.

Tardy might’ve squeaked into Q-School, but by Sunday, after wrapping up eight rounds of 27 under with a 7-under 65, she had left nothing to chance. Wearing a Transfusion-logoed hat, Tardy could’ve enjoyed one of those mixed drinks at the turn; she placed a comfortable solo second, two shots behind medalist Hae Ran Ryu, to secure LPGA membership for the first time since turning pro in 2019. She was 10 strokes clear of the top 20 and ties, who earned slightly better status than those in the top 45 and ties.

“I’m ecstatic,” Tardy said. “Just a lot of hard work, and it all paid off the last two weeks. I don’t know, it’s kind of surreal right now. I think it’ll hit me a little bit later. But I can finally say I’m an LPGA member.”

Tardy nearly achieved such designation two years ago. The Epson Tour season was shortened to just 10 events because of the pandemic, but despite limited status, Tardy got into every tournament and ended up sixth on the money list.

In normal years, the top 10 on the tour’s money list would graduate to the LPGA. But in 2020, just five LPGA cards were handed out, and Tardy was a mere $343 from that fifth and final spot. Even worse: Q-School was canceled that year, and Tardy began 2021 with the same status she had the year prior.

Tardy would describe her resulting mood as “bitter,” she told Golfweek in early 2021 – and that was before she’d experience the downside of a couple more close-calls.

This past season, she was 11th.

“[That taught me] that I’m good enough to be out here,” Tardy said. “I think I really proved myself on Epson Tour this year, and even these past two weeks [at Q-Series]. And I’ve also learned the talent on the Epson Tour is insane. I think if you are consistently in the top 15 there, then you can survive on the LPGA Tour, especially from what I’ve seen from some of the girls out here.

“I mean, just gives me all the confidence in the world that I’ll be able to survive on the LPGA if I continue playing the way I do.”

Tardy’s parents had traveled in to watch Sunday’s finish, and they surprised their daughter by bringing along the family dog, Ramsey, who is battling cancer.

As Tardy posed for photos with her oversized, cardboard LPGA card, Ramsey sat in the shot. While the flashbulbs went off, Ramsey couldn’t help but go in for a congratulatory kiss.

For once as a pro, Tardy had plenty of reason to smile.