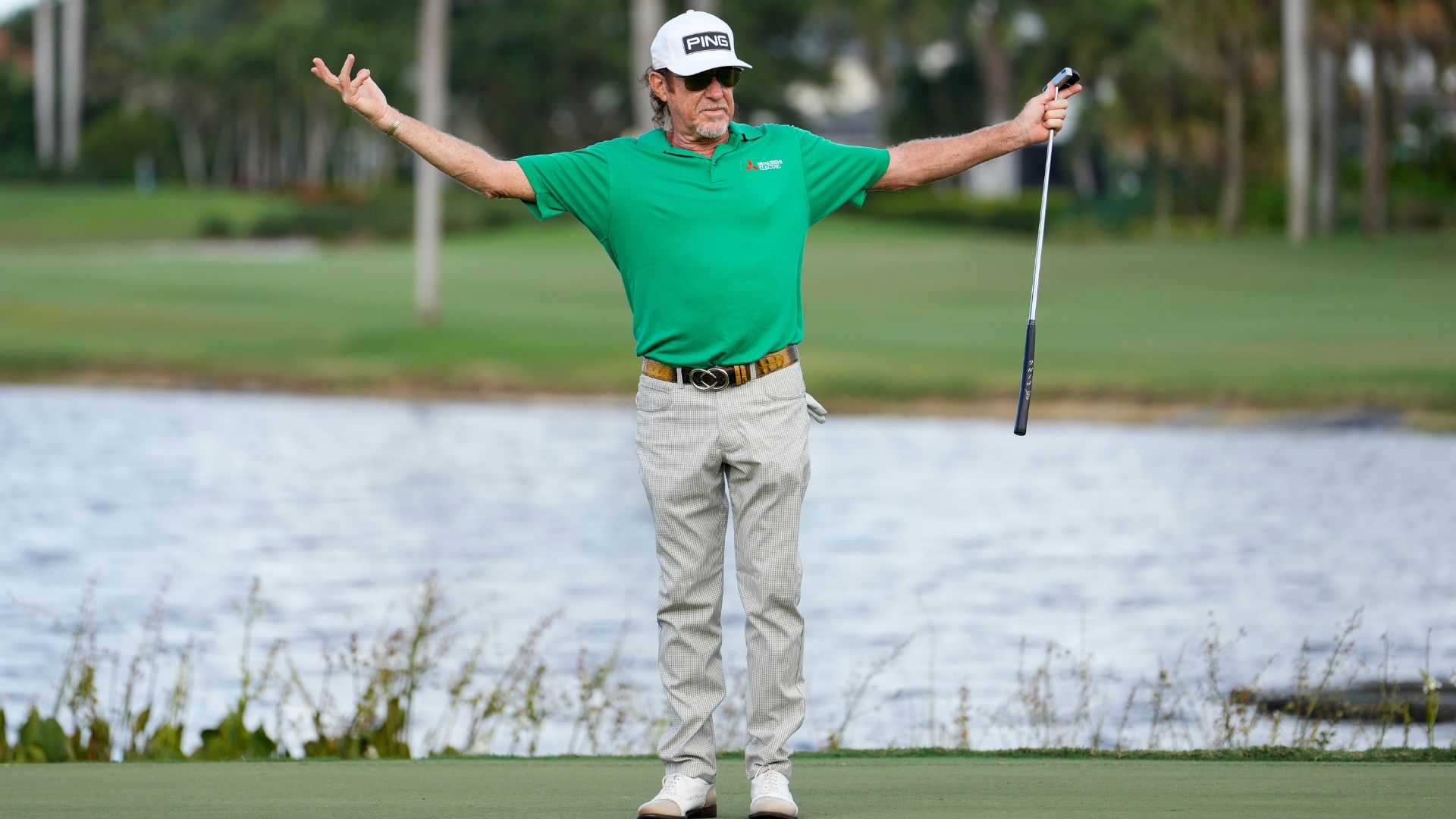 
BOCA RATON, Fla. — Miguel Angel Jimenez birdied his final four holes Friday for a 5-under 67, giving him a one-shot lead over Paul Goydos and Rod Pampling in the TimberTech Championship.

The PGA Tour Champions event is the second of three in the postseason, with the leading 36 players in points advancing to the season-ending Charles Schwab Cup Championship next week in Phoenix.

Jimenez is already locked in, a three-time winner this year who came into the second postseason event at No. 5 in the Schwab Cup standings.

Steven Alker hit into the water and made double bogey on the par-3 15th hole at Royal Palm Yacht and Country Club. He birdied the 18th for a 70 and was tied for seventh.

Alker has such a big lead in the Schwab Cup that he is assured the No. 1 seed for the season finale and could clinch the $1 million prize if he were to win the TimberTech Championship.

Padraig Harrington, who is No. 2 in the standings, had a 72.

The group at 69 included Tom Pernice Jr., who is at No. 44 in the standings and would be projected to advance if he can hold his position for the next two days. Scott McCarron (No. 54) also had a 69 and was projected just outside the top 36.

Vijay Singh withdrew after nine holes with a foot injury. He will not be eligible for the Charles Schwab Cup Championship for the second time in the last three seasons.