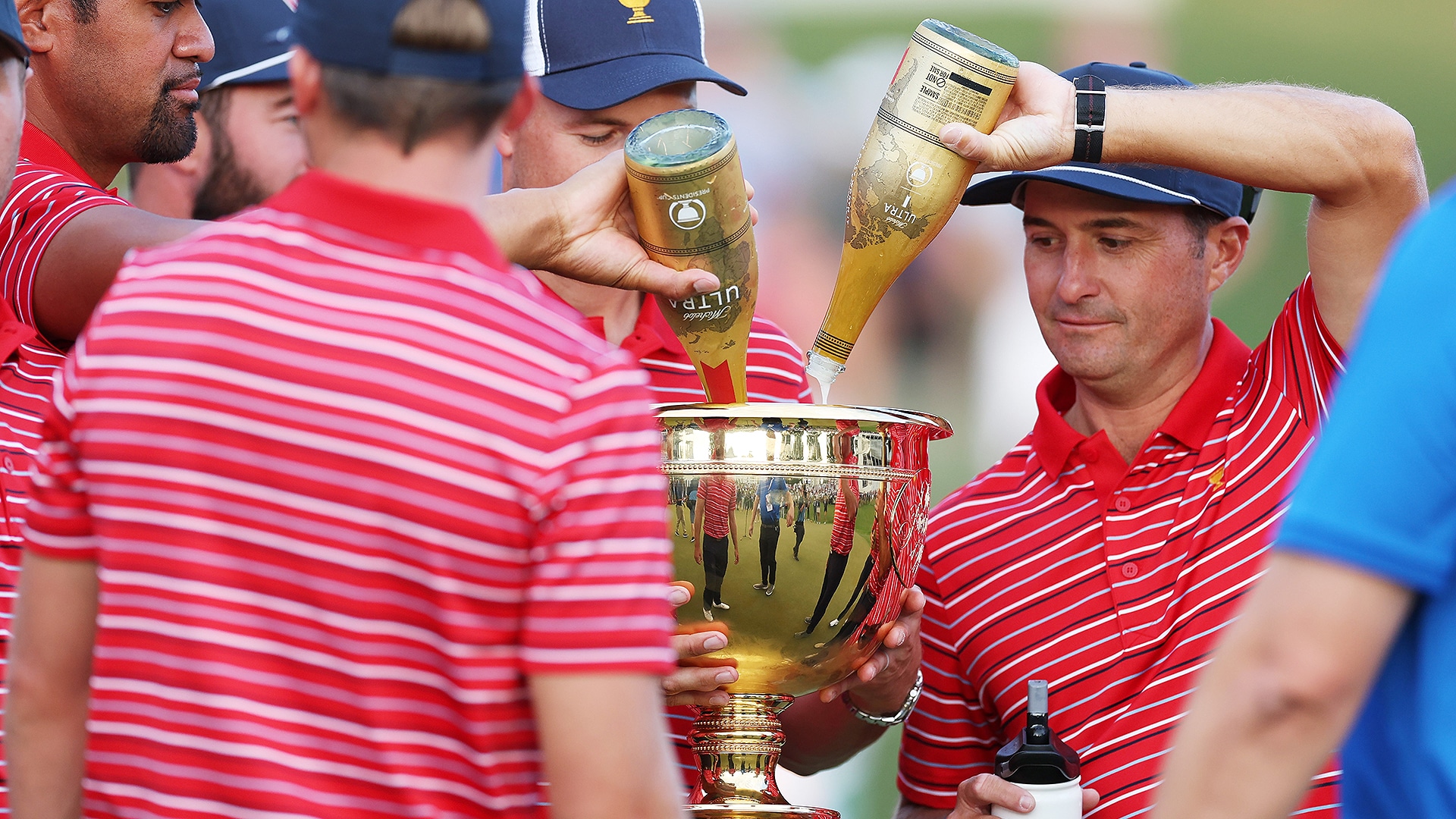 Kevin Kisner notched only a half-point for the U.S. at Quail Hollow, and because of that, a few U.S. faithfuls personally sent the world No. 27 a piece of their minds to Kisner’s home course — Palmetto Golf Club in Aiken, South Carolina.

Kisner, however, took no offense.

U.S. team captain Davis Love III used his final captain’s pick on Kisner, a four-time PGA Tour winner. The 38-year-old was the oldest player on the U.S. squad, which was the youngest Presidents Cup team in history.

Kisner played two of the four team sessions, tying a fourballs match with  Cameron Young, but also losing one with Tony Finau. Kisner’s half-point was tied for the lowest earned on the team.

However, Team USA continued its dominance in the biennial event and defeated the Internationals 17.5-12.5. And Kisner, despite notching just a half-point, felt he still vitally contributed to the team.

“I got half a point,” he said Sunday after Team USA’s win, “but I brought the fun.”

For some American golf fans, a substantial victory wasn’t enough. But Kisner doesn’t care what they think — he knows there was one aspect where he was the best on the team.

“I have never seen a better display of golfers and a worse display of partiers, and I am the best partier,” he Sunday night at Quail Hollow. “That’s why they picked me.”