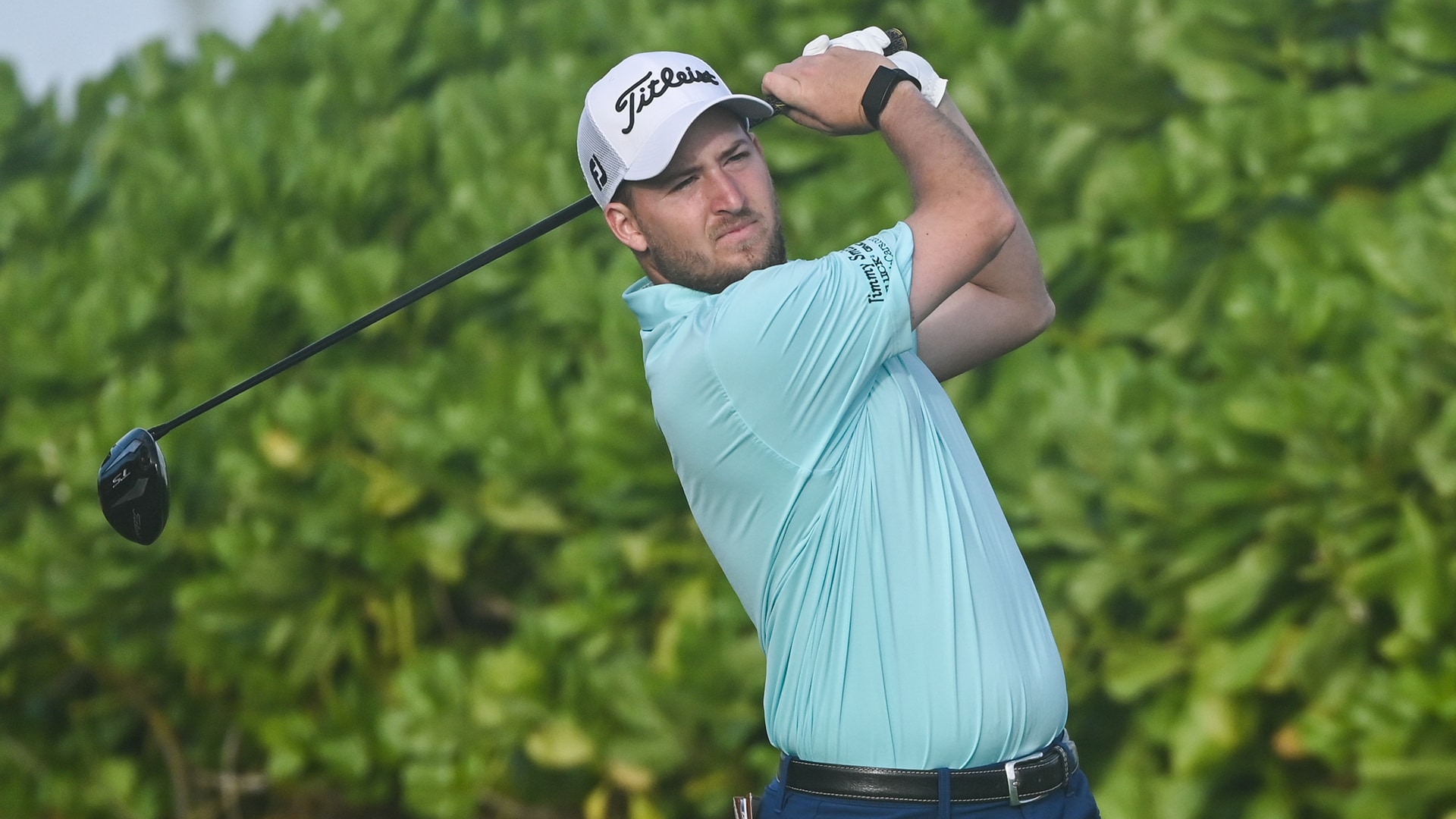 
ST. SIMONS ISLAND, Ga. – It’s not as though Lee Hodges hasn’t been in pressure situations before Saturday, and considering the relaxed atmosphere of the event he probably wasn’t expecting to feel any nerves.

But then he birdied the par-5 15th hole on Sea Island Resort’s Seaside Course to move into a share of the individual lead at the “Back 2 Golf” Challenge, a 36-hole, two-man team event featuring PGA Tour players paired with their counterparts from the Korn Ferry Tour.

He was tied with Jim Furyk and Harris English – a major champion and a Tour winner, respectively.

“Exactly,” Hodges laughed. “The last couple of holes I was like, ‘this feels like an actual tournament.’ I made birdie at 15 and saw I was tied and thought it was time to go.”

Hodges, a 24-year-old playing his second full season on the Korn Ferry Tour, birdied the last hole to finish at 10 under and win the event. Although he’s won plenty of prestigious events in his career given the proximity to golf’s restart next week he wasn’t taking the victory for granted.

“It was just nice to get some juices flowing again. It gives me a lot of confidence going into the restart,” said Hodges, who was paired with Davis Love III in the team competition. “It was really cool, the last few holes Davis was helping me read putts and everything. It was nice to be in that position again.”

English finished second in the individual competition following four consecutive birdies to finish his round and Furyk tied for third place.

J.T. Poston and Ben Kohles won the team competition with an 18 under total.