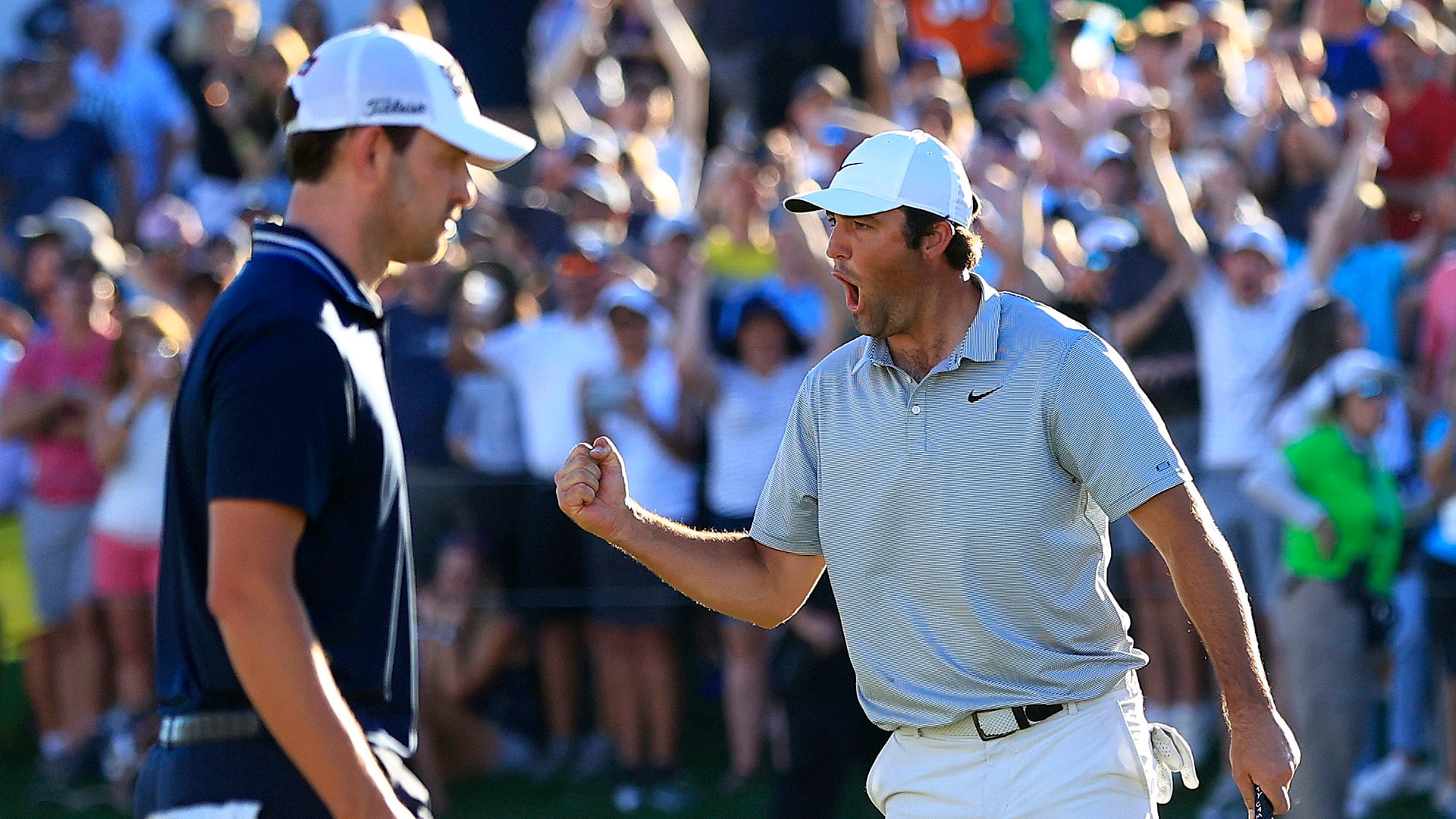 Depending on how they finish Sunday at The American Express, Scottie Scheffler and Patrick Cantlay could combine for an Official World Golf Ranking first.

Never before have there been co-No. 1’s in the history of the OWGR, but according to Twitter’s OWGR guru, Nosferatu, if Cantlay wins at PGA West and Scheffler finishes solo eighth, they will each supplant current No. 1 Rory McIlroy, who is not in the AmEx field, which features 10 of the top 20 players in the world. (Nosferatu also noted that depending on further changes to the field, the math could change.)

However, No. 3 Jon Rahm, who is playing in Palm Springs, does not have a path to No. 1 this week.

Scheffler hasn’t been No. 1 since McIlroy won the CJ Cup last fall. Cantlay, a runner-up at AmEx two years ago, has never ranked better than third.