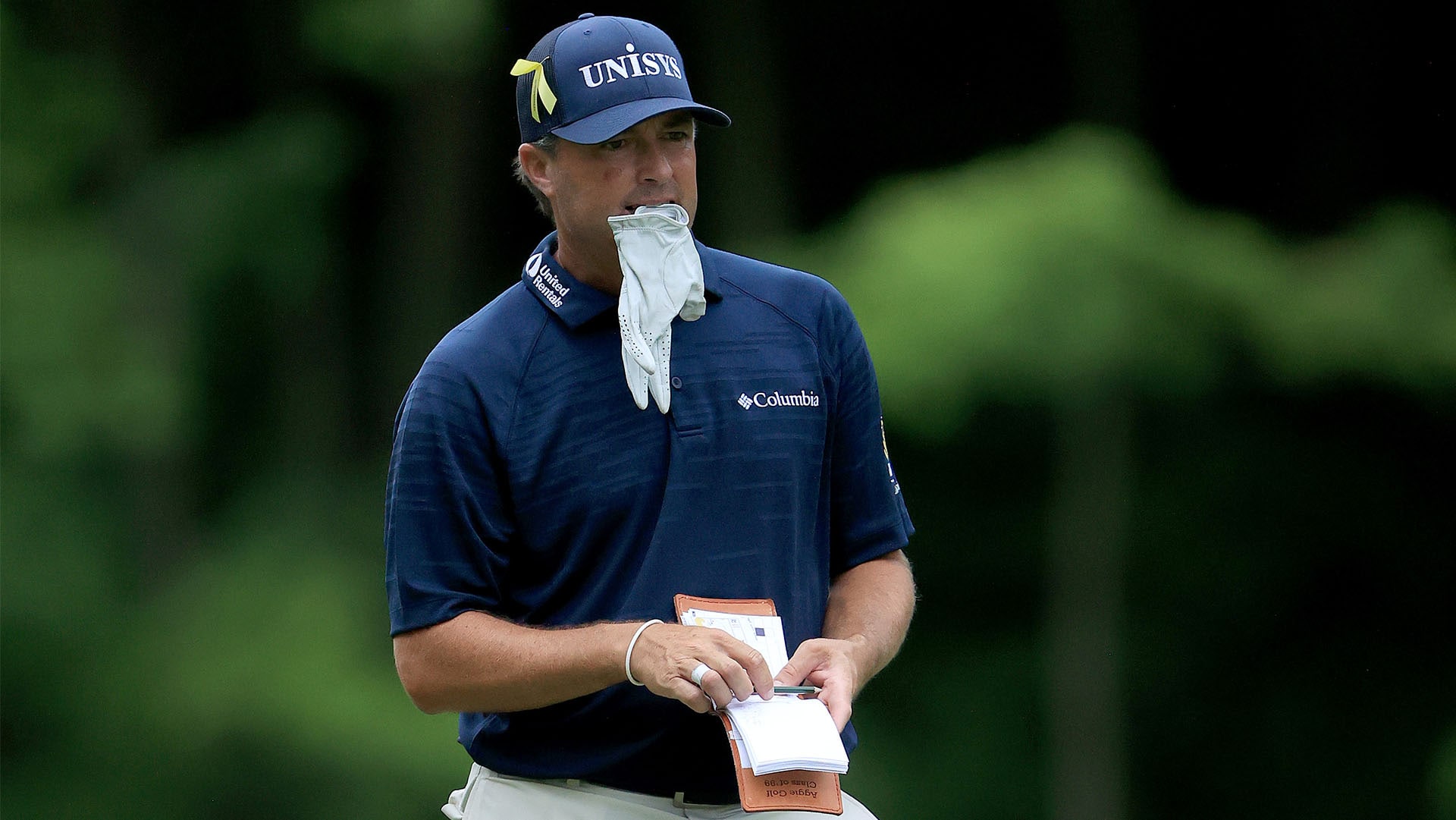 
DUBLIN, Ohio – It didn’t take long for Ryan Palmer to realize that the only real competition Sunday at the Memorial was his quest to win the “other tournament.”

The “other tournament” was second place behind Jon Rahm who rolled to a three-stroke victory that included a two-stroke penalty. Thanks to a closing 74, Palmer finished runner-up to Rahm and he won much more than the “other tournament.”

Jon Rahm survived a rocky back nine and a late penalty to win the Memorial and move to world No. 1 for the first time in his career.

Actually, his finish will move him into the top 40 in the world which will earn him a spot in two weeks at the World Golf Championship, and the Memorial was pegged by the USGA as a qualifying event with the top 2 finishers inside the top 10 who aren’t already exempt earning a spot at Winged Foot.

“OK. I didn’t know that,” Palmer laughed when told he’d qualified for the national championship. “Yeah, that’s even better.”

Palmer was specifically focused on qualifying for the World Golf Championship with the playoffs quickly approaching.

“It’s huge, especially getting into the WGC. Gets me one step closer to [qualifying for the Tour Championship],” he said. “I can build up a good gap going into the playoffs, and the ultimate goal is to get to Atlanta.”

Mackenzie Hughes earned the tournament’s second spot into the U.S. Open with his tie for sixth place. Hughes finished at 3 under and tied with Henrik Norlander, but the tie for the exemption went to the highest-ranked player, who is Hughes at 97th in the world.

The top 2 players who are not otherwise exempt in the top 10 at the 3M Open, WGC-FedEx St. Jude Invitational, Barracuda Championship and Wyndham Championship will also receive exemptions into the U.S. Open along with the top 3 players inside the top 10 at next month’s PGA Championship.